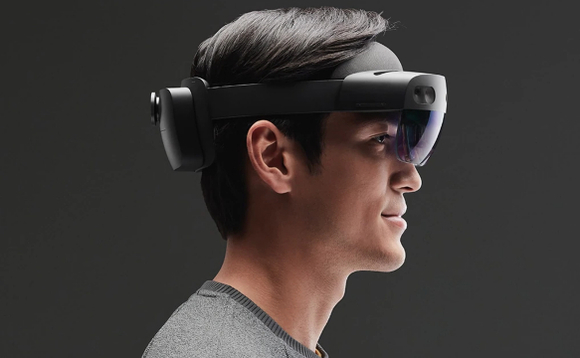 Microsoft HoloLens 2 is a pair of mixed reality smart glasses. It is manufactured and developed by Microsoft. It offers an immersive mixed reality experience. Security and reliability of AI and cloud enhance its features It is for the people who need to do some specific and important work in the business world. It is not designed for everyday use. Microsoft has declared that HoloLens 2 is genuinely designed as a business tool. The 2nd generation of HoloLens has improved technology as compared to the previous generation launched 4 years ago.

Microsoft HoloLens is an expensive device as it is designed for business purposes so its price is justified. It costs you $3500 but you can buy it in monthly installments starting at $125.

You can pre-order your HoloLens 2 now from the official website of Microsoft but the release date of the HoloLens 2 is not confirmed yet. According to the vice president of Microsoft, HoloLens was to be released in September 2019 but till now there is no surety when will HoloLens 2 hit the market.

Another interesting thing alongside the usual package is the release of the Hologram 2 development edition. It comprises of Azure cloud service credits of worth $500, as well as a three-month trial of the Unity PiXYZ plugin and Unity Pro for developers.

HoloLens 2 do not have any external wiring. It is a compact, self-contained device with Wi-Fi connectivity. All the great features in this little device mean that you are having a complete world in front of your eyes.

As this device is designed for professional purposes so the experts might need to wear it for few hours each day so one thing that is kept in mind while designing the HoloLens 2 was comfort which somehow lacked in the 1st generation HoloLens.

HoloLens 2 is very lightweight. The difference in weight and size is very obvious from the previous generation. HoloLens 2 is built with the carbon fiber that reduced the weight of the virtual pair of glasses.

You can even adjust its size according to your head.  The headset contains a wheel on the back the bits of help in tightening and loosening the edges of glasses around the head. This virtual set is padded so it feels very comfortable and there is no possibility of falling from your head.

One of the biggest upgrades in HoloLens 2 is its display. It has a display of 2K MEMS. Its resolution is 2k 3:2 light engines. The transparent display allows seeing the virtual elements lying on the real-world objects. The Holographic density is > 2.5k radiants.

You can see holograms at one time with an increased view field. This great resolution allows you to see minor details on 3D images comfortably. Touch and move holograms in such a natural way, it literally feels like real objects. The display is optimized for 3D eye position.

The functionality of HoloLens 2:

There are so much up-gradation is made in HoloLens 2 as compared to the previous version. A wider field of view makes the virtual look real. A better display is installed in the 2nd generation of HoloLens. You can log in to your HoloLens in seconds by just using your eyes with the Windows Hello.

Another feature experienced was reading some text, and immediately after reading paragraph text appeared on interphase and it started scrolling at the speed we were reading at.

HoloLens 2 can track the exact position of your fingers that helps you to navigate easily.

It is specially designed for great purposes for the enterprise but it can also help in E gaming too but its features are mostly greater than that.

It has a battery life of 2 to 3 hours of active use. Its battery is made of lithium. Additionally, it has a fast-charging cable. It has a memory of 4GB and 64GB storage. And its weight is 566g.

This device will be one of the leading gadgets in the field of the industry due to its features. It will improve the experience of virtual reality. Words cannot do justice with the feature of the next big thing.

You may ask any queries and questions in the comment section below. We will answer them as soon as we receive them. I hope this article would have helped you in getting a better insight into the HoloLens 2. Have a happy using!!!