If you love horror video games, you may have heard of LKA’s new horror title Martha is Dead. Famous for their game The Town of Light, LKA promises a gruesome tale with a lack of jump scares. Martha is Dead was supposed to be so disturbing that Playstation had to cut some scenes before its release. However, a cynic may say that Sony’s apparent demand that Martha is dead be censored was one of the best things to happen to the game. But if you look further, was the game a promising horror, or was it just a chaotic powder keg?

The video game opens with Giulia discovering her sister Martha’s corpse lying in the river near their house. Already, we can’t say much more than this because there’s a reasonably big twist right at the start of the game that has a significant impact on how both the player and Giulia will handle the rest of the story.

However, the majority of the game focuses on finding out exactly what happened to Martha and who was responsible for her death.

The entire game is played in a first-person perspective, with more freedom than a walking simulator. There is a linear story, but there are also a series of side quests that can be taken on should you dare. It may even be worth it because the actual gameplay is 4-5 hours, and if you want to remain in the exciting world a bit more, then they are your best bet.

The house where much of the game is set – located in the middle of Tuscan woodlands – is beautifully detailed, its 1944 setting making for a beautiful time capsule. Every room has been designed with great care and attention to detail, and by the end of the game, you feel like you know the house inside-out.

Its wartime setting is also expertly handled, keeping the player abreast of what’s going on without forcing it down their throat. Radios are left on in certain rooms, with broadcasts giving updates, while there’s a side-quest that involves reading the newspaper every day to see how it’s covering both Martha’s death and the war in general.

However, regarding the game’s actual content, it is the stereotypical spooky thriller about twin sisters and a haunted lake. Stereotypical, but a pretty good premise, by all accounts – and what we end up with is a bleak, blunt, and not particularly nuanced exploration of mental ill-health, pockmarked with gratuitous body horror violence, few scenes of which carry suitable content warnings.

While body horror is there to shock, which is understandable, it can be argued that we are overdue the idea that having ill mental health means you are murderous. Matha is dead, doesn’t counter it. It almost endorses it.

Martha is Dead puts its Italian heritage unashamedly front and forward, exploring the family’s modest dwelling painted in the sun, blissfully unaware that for all its warm sunshine, dark secrets sit in its shadows. But it is not even thought about due to the plot holes and the ambiguous ending.

It’s a good atmospheric horror to be taken with a pinch of salt and descends into incoherent chaos. It is good to note that the game is not uncensored on XBOX and PC. 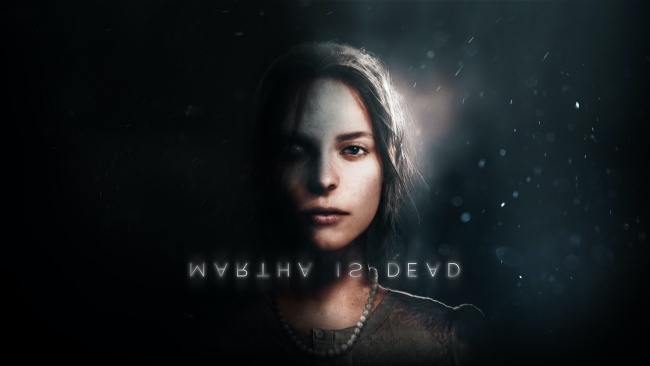