In the digital age, warfare is changing faster than ever. In response to this dynamic landscape, the Israeli military has developed a new type of battlefield technology that gives soldiers the powers of telepathy and mind control. The implications of these advancements are terrifying.

With emerging tech like artificial intelligence, drones, and virtual reality being used more frequently on modern battlefields, it’s no wonder Israel is again leading the charge in military innovation. The country’s recent advances in what’s known as “new warrior tech” has given its soldiers superpowers you didn’t even know were possible. Here are four ways the Israeli military uses cutting-edge technology to see through walls and control minds on the battlefield.

First, let’s cover the ability of soldiers to see through walls. The ability to see through walls is crucial for tracking enemies in the dark or under poor weather conditions. Israel’s new technology, developed by Elbit Systems and the Israel Defense Forces (IDF) research and development unit, allows soldiers to see through walls with infrared cameras. The cameras, mounted on a drone, send information to a computer program that then creates a 3-D image of what’s on the other side of the wall. This incredible advancement has been used during the IDF’s missions to find and destroy Hamas’s network of cross-border tunnels. In addition, this technology has helped Israeli troops locate and kill Hamas militants. But, unfortunately, walls can’t hold the IDF back!

Now, let’s get into the “mind control” side. The IDF has been working on mind control technology for several years currently. The current application of this technology allows soldiers to control uncrewed aircraft with their minds. The technology, developed by the government-owned Israel Aerospace Industries (IAI), works by reading brain waves. According to IAI, this technology can be applied in various settings. For example, the company says that mind control could be used to control wheelchairs for disabled people, factory machines, and even autonomous weapons. The IDF is the only organization currently using this technology on the battlefield. By wearing a special helmet that houses electroencephalography (EEG) sensors, soldiers can control uncrewed aircraft by simply thinking about the specific flight path they want the drone to follow. The helmet, which is hooked to the aircraft’s computer, allows the soldier to “see” what the drone sees in real-time. The helmet is also connected to the soldier’s flight commands, so their thoughts control the aircraft by sending the proper instructions to the computer. EEG technology is still in its infancy, but if the IDF’s experiments are any indication, it could be a game-changer in the future of warfare.

Next, let’s talk about how the Israeli military uses virtual reality to train its soldiers. The IDF has been using virtual reality to train soldiers for a while now, but recently it has become more advanced. The army has created a network of real-time, 360-degree, and 3-D simulations of real-life battlefield locations. These simulations are outfitted with various sensory stimuli, such as smell and sound, to make them as realistic as possible. This technology has trained soldiers for multiple scenarios, including hostage situations and urban combat. By training soldiers with virtual reality, the IDF saves time and money. The soldiers can also progress more in a shorter period because the simulations are as realistic as possible. VR is also far less dangerous for soldiers because it allows them to train on a battlefield without actually putting themselves in harm’s way. The IDF’s virtual reality program is the first of its kind and has the potential to help soldiers train more efficiently than ever before.

Finally, let’s talk about how the IDF uses telepathic communication to create a “Star Trek”-like atmosphere on the battlefield. This technology, still in the early stages of development, allows soldiers to communicate telepathically. While this may sound like something out of a sci-fi movie, it’s a genuine technology that the IDF has been experimenting with. The project, which was developed by the IDF’s research and development unit, uses electroencephalography to read and translate a person’s brain waves. By monitoring a person’s brain activity, this technology can determine what the person is thinking and then translate that information into spoken language. The IDF has tested this technology with volunteers at a military base. The volunteers were placed in different rooms and asked to think of specific phrases. The technology was then used to translate the participants’ thoughts into spoken language. While this technology is still in the early stages of development, it could be instrumental in the future. Imagine a post-war scenario where soldiers can communicate without ever speaking a word!

The Israeli military is on the bleeding edge of military innovation. The country’s cutting-edge technology has given soldiers superpowers you didn’t even know were possible. In addition to seeing through walls, IDF soldiers can also control crewless aircraft with their minds. And, best of all, these soldiers can communicate telepathically. Israel’s new warrior tech may sound like something out of a sci-fi novel, but it’s all real. If these advancements indicate what’s to come, the future of warfare will be exciting. 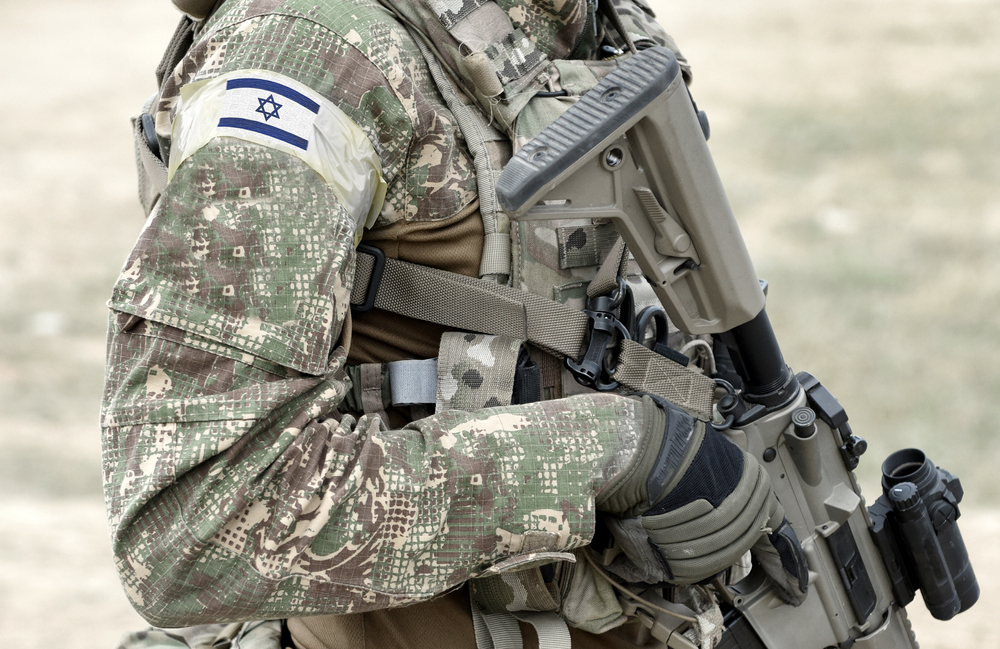