The iPhone of next year will be the first Apple’s iPhone to support 5G networking. At least a model supports 5G and perhaps all iPhones will be able to benefit from the rapidly expanding network standard by 2020.

It is still very early and there can be much change from now to autumn 2020. Nevertheless, there are already plenty of leaks. Here’s what the new iPhone 12 rumor mill said.

The Apple press event featured the iPhone 11 line-up on Sept. 10. Therefore, it is reasonable that in September 2020, the new iPhone 12 will follow.  Apple would always have a chance to start early in the year 2020 to prevent rival telephone producers with 5G models from snatching too much ground. Apple usually tends to limit its phone releases to fall but an iPhone SE successor could be released earlier by Apple. This would be an exceptional move by Apple.

This year, the majority of 5G-capable telephones are prized at a premium compared to standard models. The Galaxy S10 5G costs $1,299. It is $300 expensive than the already costly Galaxy S10 plus. Galaxy Note 10 Plus 5G is priced at $200 more than the standard Note 10 plus.

If an analytic report from Ming-Chi Kuo proves accurate, a 5 G iPhone could also be a costly proposition. The new iPhone 12’s motherboard is set up to increase in size by 10%, according to that report, first published by AppleInsider. This might increase motherboard costs by 35 percent, according to Kuo.

One of the advantages of waiting until 2020 for Apple’s 5G handset is the fact that the price of 5G components will drop to around the same price as you would pay today for an iPhone, allowing Apple to release the iPhone at same price. However, that’s pure speculation, and it seems less likely in Kuo’s report.

5G networks are also farther away, with only 5G coverage for selected neighbors in a few towns. iPhone 12 might come as 5G becomes more people-relevant. It would be more realistic if Apple comes out with 5G devices later than LG, Samsung and others.

The notch display that is so famous since Apple put it on the iPhone X could be out of the iPhone 2020. A reports by China Times says Apple wants to go beyond this, and while an analyst from Credit Suisse says that this will happen by 2021. The iPhone without notch could land by 2020.

The first concept videos for iPhone 12 are now beginning to surface. A new video of the iPhone 12 Pro produced by Techy Paradise, graphic designer, displays an impressive phone with thin bezels and a quad-fixed camera.

Another TS designer produced a concept video which shows that iPhone 12 will look like spectacular Samsung hole-punch display next year. It is certainly nice to see but no evidence suggests that Apple is going to adopt a bezel-free screen for iPhone 12.

A concept design posted on PhoneArena displays an iPhone 12 design that is more like iPhone 4 with less bezel and notch.

Because for the first time in Apple hardware, both the iPhone 11 Pro and the iPhone 11 Pro Max feature three lens rear cameras, For 2020 versions of Pro iPhones, we expect it to continue. The new iPhone 12 is also generally expected to add a new lens, a flight time sensor. Ming-Chi Kuo anticipates that at least 2 model iPhone 12 will have such addition.

Based on a patent application, Apple also works on a periscope lens that offers a longer zoom than previous iPhones. Apple is obviously using prism reflection to adapt 3-lens and 5-lens arrays into a smaller area.

Sony began to tease the next flagship image sensor IMX686 in November, which could be used on the iPhone 12. It supports 64 MP resolution. It can deliver optimized 16-megapixel with the help of Quad Bayer pixel with increased light sensitivity. Sony produces the image sensors rated 12 MP. All three models of the iPhone 11 had these image sensors.

It may be tempting to miss the update this year because of the new iPhone 12. If you want to buy a new model, don’t just go for it. You should upgrade your phone when you actually need a new one.

We don’t know so much yet about the first Apple 5G iPhone. Make sure you keep an eye on this blog as new information surfaces in the coming months. 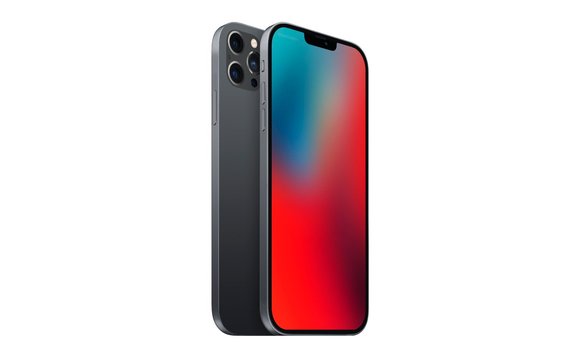