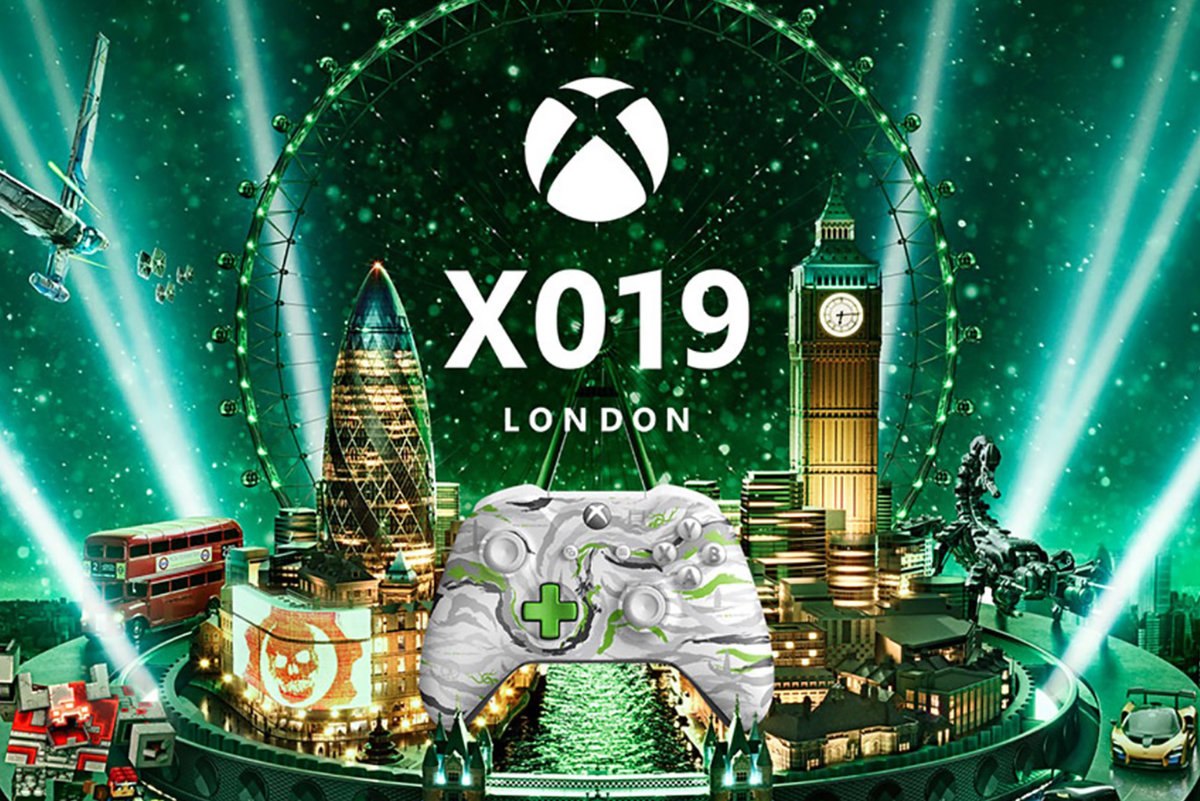 X019 has been launched officially for 2019 and it’s full in swing. No official news has been shared yet on Xbox Project Scarlett, nevertheless, during the exclusive Inside Xbox broadcast of X019, there were plenty of other big announcements to keep us going for the next time.

So why X019 has excited us this much and what big announcements have been shared with us by Microsoft? The very first exciting thing is that the Xbox Game Pass will have new titles. Not only a few but more than 50 titles! Yeah, over 50 new titles will be there to the preview of Project xCloud. Next, Microsoft announced Black Friday Deals to make the fans happier since we all will be getting our favorite games in a hell less prices. And that’s not only the news! Microsoft also announced their latest IPS through Dontnod, Rare and Obsidian.

Now buckle in, and we’re going to take you through all the major news in detail that you might have skipped from X019.

Outside of E3 2019, X019 is the largest event of the year for Microsoft. It’s recognized this year as “the annual global showcase of all things Xbox” Usually, the event is the way Microsoft tells people about the stuff that it revealed during E3. Not only details of already announce projects, it make major upcoming announces too related to games and hardware that we might see in near future.

X019: the most significant updates

Large changes to the xCloud Framework

The vast majority of X019’s big news is about the cloud gaming platform of Microsoft, Project xCloud. Microsoft revealed at the show that it would introduce 50 new games from 25 developers to the platform. Madden NFL 20, Devil May Cry 5, and Tekken 7 will also be part of these fifty games. Making it more exciting, Microsoft announced they have planned to launch Xcloud on Windows 10 computers in 2020. Microsoft will also be promoting additional game pads from makers of third party devices.

Well, with over 50 games, you don’t have to fear of running out of games to play from Xbox Game Pass. Because Microsoft has revealed that in the near future, 50 new games will be released on the platform. Among them are Age of Empires II: Definitive Edition and Rage 2 are included. These games would be available to download directly. While you will see The Witcher 3, Final Fantasy VII, and Darksiders III in the near future, all on Xbox Game Pass will be free from XV.

A new game named Everwild is created by Rare

One of this year’s show’s biggest hits was Everwild, a fresh Rare IP. It is the same company behind the N64 classics of Xbox One such as GoldenEye, Banjo-Kazooie, and Perfect Dark and Thieves Sea. We still don’t know a ton of this one. Yet thanks to a teaser that premiered on stage, we got a first peek.

Microsoft plans to go heavy to Black Friday and Cyber Monday, as you would anticipate. U.S. players should prepare this year to see the $149.99 Xbox One S All-Digital Pack. Which comes bundled with Thieves, Minecraft, and Fortnite Battle Royale’s Legendary Rogue Spider Knight Skin Sea.

The Xbox One X would decrease a small price to $349.99. A range of packs, including the Gears 5 Special Edition pack, will be eligible. When choosing Xbox One Controllers, from November 24 to December 2 the price will drop by $20.

Microsoft used XO19 to announce that Sea of Thieves: Anniversary Edition, Hellblade: Senua’s Sacrifice, Forza Horizon 4, and State of Decay 2 will all be 50% off this holiday season in terms of game deals on Black Friday. Microsoft also announced that Gears 5 would receive a reduced Black Friday 33 percent discount.

“Tell Me Why” The New Adventure Game

The team behind Life is Strange, Dontnod Entertainment, announced their new narrative adventure, “Tell Me Why”. It features a major studio and publisher’s first playable video game hero who is also transgender.

No News about Xbox Scarlett Project

Although X019 has proved to be the biggest announcement platform this year for Xbox gaming fans, Microsoft remained silent on Xbox Scarlett Project. It seems there are no chances of Scarlett Project being released in 2020. However, with Xbox Game Pass including 50 new games is an exciting news that has made excited enough to forget Scarlett Project for the upcoming year. Also, the Black Friday and Cyber Monday deals with almost 30% discounts have grabbed our attention too.