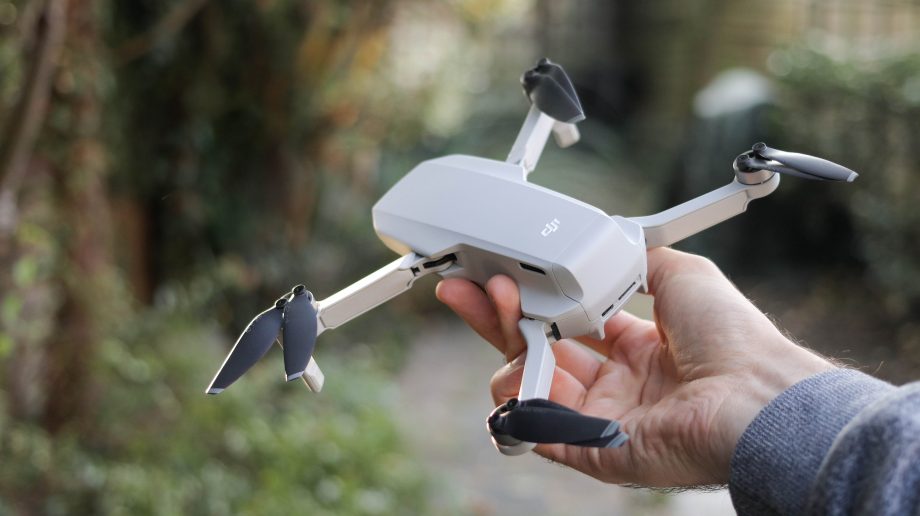 The DJI Mavic MINI is a gadget for shooting and recording your especial moments everyday. The drone is an everyday Fly Cam and a creative companion that lifts up your ordinary moments. Unlike other drones already presented by DJI, the DJI Mavic Mini is small in size as well as price. Though the camera quality is a little compromising but the stability, compactness and portability, that it has to offer is really appreciating.

The DJI Mavic Mini is available in two configurations:

This is the simple configuration of the drone and costs you a $399. The package includes the drone with its remote controller, a battery, an extra propeller and all the essential tools required.

The Fly-more Combo configuration of the drone includes the drone with its remote controller. Three batteries have been provided in this package to offer you more recording and flying time. The charger is a two-way charging hub. The drone is packed with 3 extra propellers and a carrying case for the drone.

The drawn looks like a smaller version of other drones presented by DJI. It has the size of about palm of the hand. The drone weighs about 249 grams and therefore it is lighter than DJI Spark which is going to be the next small drone by DJI.

The gadget is highly portable. It has the size of about the size of your palm. The drone has foldable arms, that makes it compact. Through the folding arms, the drone can fix in your backpack and yet leave space for other stuff to fix in. In the Drone’s Fly-more Combo configuration, a case is available in which the drone can be stored and carried away. The drone is super-easy to transport and that is what its specialty is.

The addition of extra propeller and the use of propeller with 360 degrees of rotation enables he safe flight of the drone. Due to the stability, the drone can hover very elegantly. The CineSmooth mode of the drone enables faster and presized movement of the drone. There are some QuickShot Movement Modes available by default in DJI Mavic Mini. The QuickShot Modes include

These movements help you take cinematic shots with stability and precision.

The drone is controlled via a remote controller that offer you a HD video display of what your drawn sees. The remote controller can operate from a distance of not more than 4 km. The remote has antennas which help it to connect with the drone. These antennas can be compacted in making it easy for transportation of the remote and drone as well.

The DJI Mavic Mini drone has a front-camera with 1.3-axis gimbal mounted camera. This mechanism allows you to click photographs with great stability, and record videos with superb resolution.

The 1/2.3 inches sensor of the camera enables the 12 MP images to be clicked and the videos can be made at a resolution of up to 2.7K at 30 frames/sec. The drone allows the 4K HD video transmission.

The drone has excellent vision sensors. DJI Mavic Mini is GPS precise and thus therefore the drone has much to offer in terms of stability while shooting or recording.

Along with the drawn, DJI has developed an app to help its users in understanding the drone and other stuff. The application has a very simple interface and therefore it is user friendly. The app provides super-easy tutorials for the beginners and after a few taps, even the beginners learn to fly drone like a pro through it.

The drone has access to Sky Pixel (Social Media), through which it informs you about important and beautiful locations near you so you may visit them and have some clicks of such gorgeous places.

The above review of the DJI Mavic Mini compels us to accept that DJI Mavic Mini is an awesome gadget. The drone is highly portable and stable. With the stable movements and live display of drone’s camera, you can click awesome clicks without caring for the fall of the drone. The long battery life of the drone enables you to enjoy long at shooting with fly.

The DJI Mavic MINI is a gadget for shooting and recording your especial moments everyday. The drone is an everyday Fly Cam and a creative companion that lifts up your ordinary moments. Unlike other drones already presented by DJI, the DJI Mavic Mini is small in size as well as price. Though the camera quality is a little compromising but the stability, compactness and portability, that it has to offer is really appreciating.