The Razer 15-inch gaming laptop adheres to the Nvidia RTX standards and trends. The base price might feel expensive, but the performance and flawless smoothness of its gaming quality satisfy its price range.

However, the device’s biggest jump in terms of blueprint design was to move from a 14-inch to 15-inch display screen. The laptop is also available alternatively in Mercury color scheme. In its silver edition, it largely resembles Apple’s MacBook Pro.

The laptop is configured with 512 GB SSD with 1920x1080p display pixel. Its CPU has 2.2GHz packed with Intel 8th generation Core i7 8750model. The memory capacity is 16GB DDR4 SDRAM with 2666MHz. It’s networking is integrated at 802.11ac wireless with Bluetooth compatibility of 5.0. Few relatively small bodywork adjustments have also been made to accommodate the new parts in the laptop design including a webcam, which functions next to the Windows Hello facial recognition.

Razer Blade Advanced is currently valued at $2349. The price range in itself is excessively high considering its design, storage and hardware, but it’s also vital to keep in mind that the laptops with previous generation Nvidia GTX 1060 had much smaller storage and even slower processors.

It may not be an ideal fit for the general premium-end laptop users, because the device is built specifically to satisfy the needs of professional gamers in the industry. 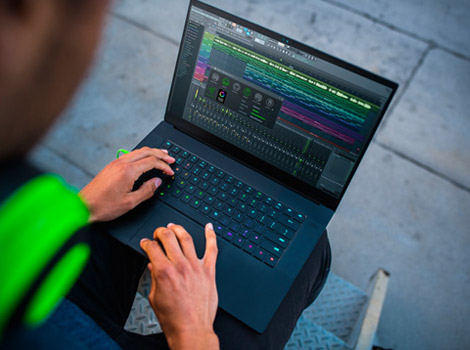