Oculus has updated its platform with new features that help you stay connected. The VR pioneer has expanded upon Oculus ‘Parties.’ VR voice calls now support groups, rather than just a direct connection between two people. The new feature is called ‘Public Party’ and supports up to 8 simultaneous users. One of the cool things about the new feature is that you don’t have to be on someones friends list to be in a group call with them. This makes it easier to meet new people in VR.

Oculus has another new feature called ‘Travel Together’ that allows to people to experience a VR app with each other. Travel Together doesn’t work for every Oculus apps just yet, but some titles that support it include Racket: Nx, Synth Riders, Elven Assassin, Echo VR, Eleven Table Tennis, Epic Roller Coasters. The list also includes Cloudlands 2, Arizona Sunshine, Ironlights, Spaceteam VR, Pro Putt by Topgolf, and Multiverse .

Another welcome update allows you to control who can find you by your Facebook name. This can be done by going to your privacy settings and choosing either ‘Only Me’, ‘Facebook Friends on Oculus’, or ‘Public.’ 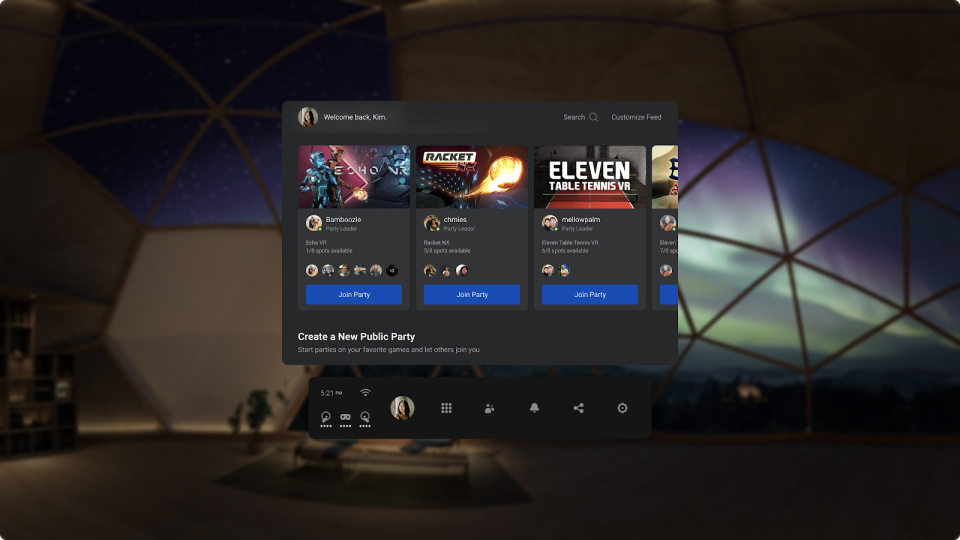