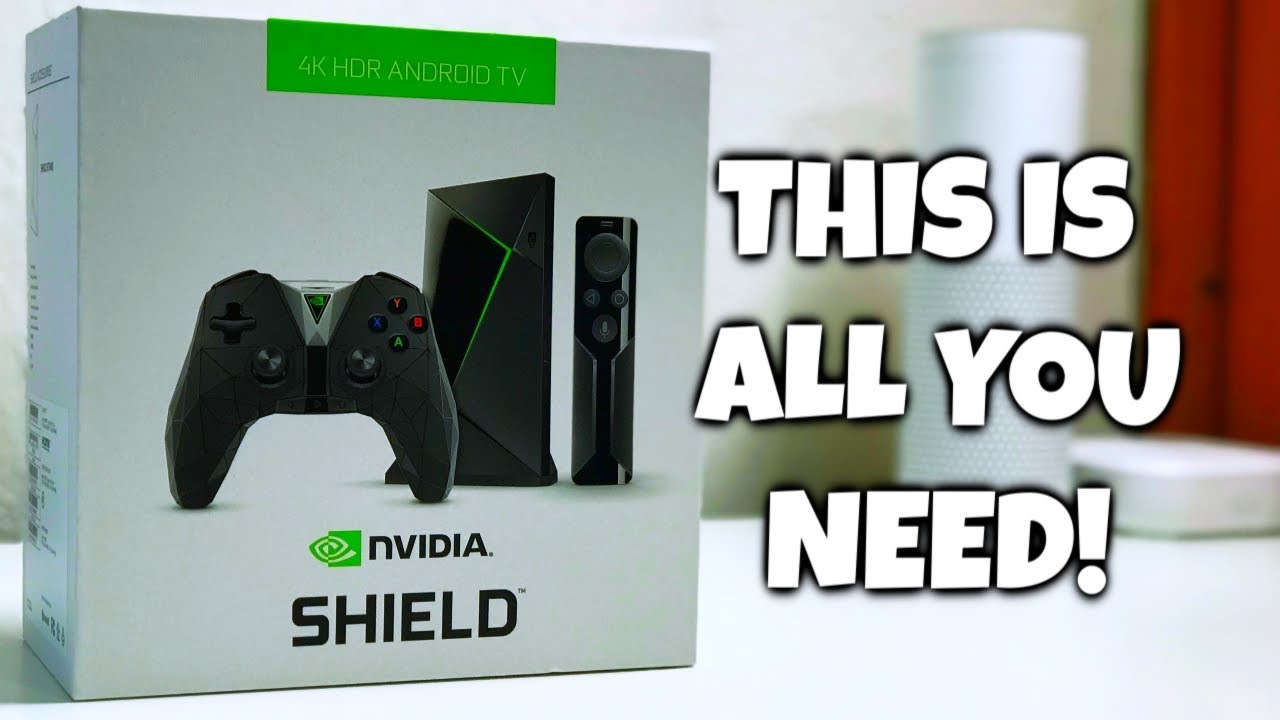 Nvidia Shield TV is a great gadget for a gaming users. The TV gives its user the freedom to watch television and play games while bringing their custom equipment to add to the fun. The Nvidia Shield TV is a little expensive but the functionality if offers compensates the price. The television allows streaming for top-notch PC games. Along with the smart-home and digital-assistant features, the Nvidia Shield TV also offers hundreds of applications to get run on it. As compared to its previous versions, the gadget has acquired upgrades in many of its functional parts including the design as well.

The Nvidia Shield TV is cylindrical in shape. The design is stable therefore you can put it anywhere horizontally. There is a power port and ethernet port available along with the micro SD card slot and an HDMI port plus the reset button. The device gives an elegant and cool vibe. The cylindrical shape of the gadget makes it feel like a thick wire when several wires comes out of it or are plugged into it.

The Nvidia Shield TV operates on the Android TV OS that is quite appealing to choose. The gadget allows the user to customize his home screen, choosing to which apps does he want in his home screen and which not. The Nvidia Shield TV arranges its contents in rows with a priority to favorites first and then a row is fixed for Netflix and all the Netflix shows you show your interest in. After that the same interface is followed for other apps like YouTube. The voice and text search facility is available to search for an app.

Unlike its previous models that included a remote as well as a controller in the package, the Nvidia Shield TV only provides its user with a remote that is very stylish and is triangular prism in shape. The remote has very dark buttons therefore, a lighting feature has been added in it. When you touch or hold the remote, it lights up making it easy to use in dark room. The remote has round shaped button. The directional control that is also circular in shape and has a confirm button in the center. There are buttons dedicated for play, pause, rewind, and fast forward etc. In addition to the traditional button dedication, another button is dedicated for NetFlix.

Thousands of apps are available to run on the Nvidia Shield TV. Much of the applications are available on this gadget before they are available anywhere else. This has been the feature of previous models of Nvidia TV as well.

In order to use the Samsung Smart Hub, a USB dongle is needed to be connected to the TV and then the Hub products can operate the Nvidia Shield TV.

The Nvidia Shield TV embeds a 2GB RAM, 8 GB ROM, one Tegra X1+processor in it and supports the Atmos and Dolby Vision. The performance of the gadget in video display is superb. In addition to the facility of connecting to the internet through the ethernet cable, there is wi-fi support available to connect you to 802.11 ac. The Artificial Intelligence of the gadget has been upgraded in this model and now the display looks like a 4K image in paused and motion modes. The games can be accessed through the home server in addition to the downloaded games. The performance of the working of the game console however, depends on the internet speed and your hardware.

I think that the Nvidia Shield TV gadget is a gadget for gamers rather than the common television watcher. The strength of the gadget is its gaming console. The television offers awesome display and functionality with variety of applications to the audience in just what I feel is reasonable price. The version is better than its previous models. The design is classic too. It is a great streaming gadget for gamers.