HMD Global, Nokia’s new parent company, will be releasing their high-end 5G-ready smartphone in the US. Today the company confirmed rumors that its Nokia 8.3 5G flagship smartphone will make its way to the US domestic market some time this fall. For the time being, though, the smartphone manufacturer hasn’t revealed anything in regards to the phone’s exact launch date or it’s price-point. We also aren’t sure if this is going to be a carrier-exclusive deal or a network unlocked handset.

Announced in mid-march of this year, the Nokia 8.3 5G will ship alongside the company’s mid-level 5.3 and entry-level 1.3 smartphones. The company claims that their 8.3 5G is ‘the first global flagship smartphone’ due to it’s comprehensive compatibility with global 5G networks. Powering the device is an ARM based Qualcomm Snapdragon 765G, which is Qualcomm’s first SoC (System on Chip) to include a 5G cellular modem.

The Nokia 8.3 5G sports a rather large 20:9 aspect 6.81″ ‘PureDisplay’ panel. Don’t worry, ‘PureDisplay’ is just a consumer-friendly term to indicate that this LCD has particularly higher resolution and contrast than the average panel. The display also supports HDR10 for increased dynamic range. In lieu of a screen notch, Nokia chose to go with a hole-punch for the front facing camera. The camera system on this phone is actually pretty incredible, featuring a whopping 64 MP (Megapixel) main camera. Starting at 599 Euros (~$700 USD), The Nokia 8.3 is available now in Europe in RAM/Storage configurations of either 6GB/64GB or 8GB/128GB. 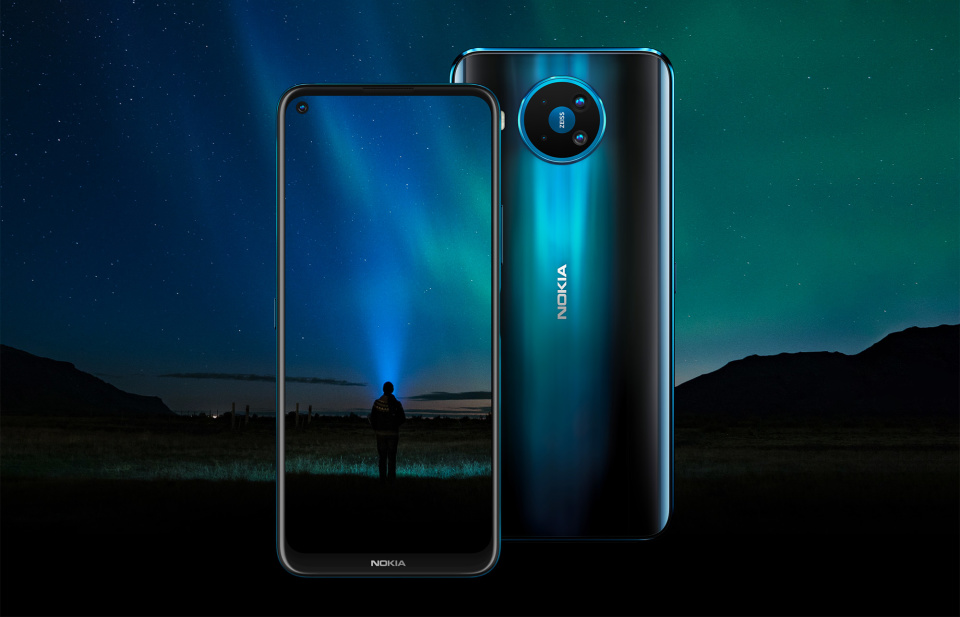