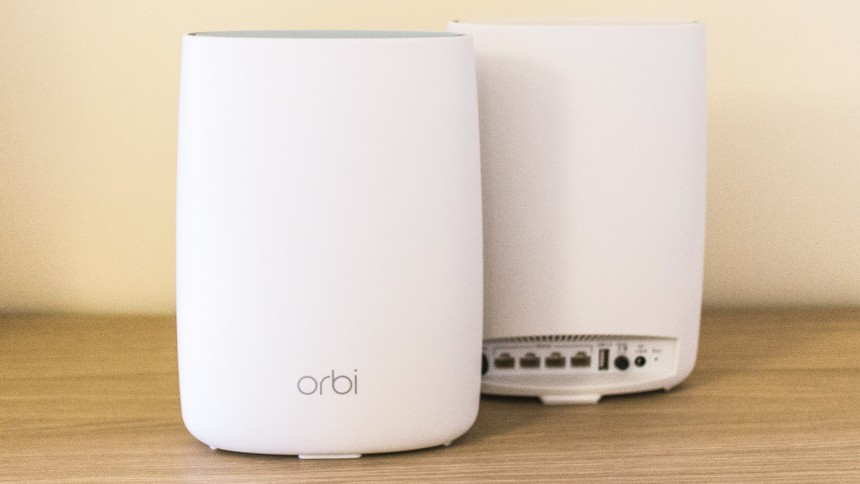 Are you being done with slow internet connection problems? Do you want to play games on your PC smoothly? If yes then you are reading the perfect piece of writing. Netgear Orbi is one of the most powerful routers that provides users a smoother experience.  It provides you a wider range of coverage. Netgear or has one of the fastest internets with mesh extension.

Netgear Orbi is comprised of a single router and one or more satellites that make an Orbi system that makes a smooth internet connection in every room of office as well as the lobby.

Netgear Inc is a multinational computer networking company based in California, America. It was founded in1996. Netgear has offices in 25 different countries in the whole world. It is famous for networking hardware for businesses, service providers as well as consumers.

We can set up the Netgear Orbi easily in form of a “Tri-Band Mesh ”. in this set up we need to connect the Orbi router with power and modem, as well as put the satellite in a good central location and connect it with power as well. Now press the “sync” button on the router and satellite to connect both devices.

After that log into the Orbi system’s  “orbilogin.com” by using the information below your Router for setting up your SSID. After that, your office or home will be completely connected with WiFi and you will receive the same quality of service on every floor of the building.

Netgear Orbis based on the latest MU-MIMO(multi-user, multiple inputs, multiple outputs) technology for sending data streams to different devices at a single moment. Netgear Orbi is a 2×2 router that is used to handle two data streams simultaneously to completely configured devices.

Qualcomm’s IPQ4019 Wi-Fi control chip is used in Netgear Orbis. Netgear has a 512 GB of RAM while 4 GB storage. The backhaul data channel is controlled by the QCA9984 chip.

Purch lab using the IxChariotsoftware has found that one Netgear router can deliver a throughput of 522.1 megabits per second which is 19% faster as compared to Google’s WiFi and 50% faster than Ubiquiti AmpliFi HD.

Netgear Orbi has three distinct frequencies on which it works, routers generate the signals of 2.4GHz, 5Ghz, and another 5GHz frequency.

Although the quality of service provided by Netgear Orbi is unbeatable, the same is the case of its price. The price tag of Netgear Orbi can surprise any person. Its two-pack kit that contains a router and a satellite costs $400 and it covers the area of 5,000 square feet. If you want to increase the area of coverage by 2,000 square feet you can simply buy another satellite that costs $250. In the market, no other brand costs this much for providing these services. However, according to Orbi, they provide greater per unit coverage.

Netgear Orbi comprises of two parts, one is the router while the other one is a satellite. Both of these devices are oval cross-sectional devices. Each device has 889g of weight. These two devices are in white with color-coded LEDs. The dimension of these two gadgets is 8.9×6.7×3.1 inches.

The rear of Netgear Orbi Router contains a Sync button, one Ethernet WAN port for modem connection,  three Ethernet LAN ports used for connecting with other routers, a standard DC power port as well as a USB 2.0 port for network-attached storage. On the other hand, the satellite has all of these things but rather than a WAN port there is a fourth LAN port.

All the applications on the cell phones run very smoothly. E-Gaming runs very smoothly over the Netgear Orbi connection. We can watch movies on Netflix 4k resolution quality without buffering even in the basement.

The toughest part is reconnecting the router and satellite in case of accidental power loss. It takes a lot of time to reconnect it due to syncing of both the devices.

There is a year warranty of Netgear Orbi and three months of technical support. A 24/7 customer care helps you to call or chat with the technicians to seek help. There is a help desk in the mobile app too. In order to set up the Netgear Orbi, there are startup manual, videos as well as a manual to completely understand it.

Netgear Orbi has one of the fastest as well as best performing WiFi signals over a wide range of areas.  Its price is justified by the seed as well as the quality of the internet. It is particularly designed to work for business purposes.

If you have any queries regarding Netgear Orbi, you may ask in the comment section below. We will answer them as soon as we receive them. Have a happy using!!!