Rumored as the first Android One smartphone from Motorola, the Moto One Power has recently go its MIIT certification. Recently, the device was spotted on the 3C certification website. Now it has certified to move ahead by another government agency.  The device is carrying the model number XT-1942. The MIIT site has not revealed any original specification and features of the device. It only shows that the Moto One Power will support 4G LTE V VoLTE. This is something ubiquitous in today’s smartphone market as most of the mid-range smartphones come with VoLTE support. Apart from this some hands-on images of the Moto One Power have surfaced online.

As per the images, on the rear side, it has a dual rear camera configuration which is placed vertically.  There is a notch on the top side of the display and carries thin bezels. The USB Type-C port is placed at the bottom in between two speakers. The 3.5mm jack could be placed on the top side. Motorola could abandon the projector could change the design in future.

Coming to its features and specifications, the Moto One Power may come with a big 6.2-inch FHD+ IPS LCDs screen. The aspect ratio will be 19:9 and offer 2280 x 1080 pixels of screen resolution. A Qualcomm Snapdragon 636 mobile processor will provide to the device. These SoC has been used in many affordable smartphones. For example, the Xiaomi Redmi Note 5 Pro also has the Snapdragon 636 SoC.

The smartphone will be equipped with a 4GB RAM, and there also will be a 6GB RAM variant. The users will get 64GB inbuilt storage capacity which can be expanded up to 256 GB through a microSD card. It will come with a dual rear camera setup consisting a12MP primary and a5MP secondary lens. As per the report, it can record 4K video at 30fps. On the front side, it may come with an 8M camera and may support different modes.

It will support 4G LTE VoLTE, Wi-Fi 802.11 a/b/g/n/a dual-band, Bluetooth 5.0, hotspot, Wi-Fi direct and more. The smartphone is expected to be backed by a massive 3780mAh battery.  It will be perfect for such large-display sized device. The battery will last for whole one day. It will support 18W fast charging.  It will not support wireless charging technology.

The Moto Power-One will run on Android Oreo 8.1. That’s why it can be the Android One smartphone. If it is an Android One smartphone, it will receive appropriate software and security updates.  However, the company has not made any official announcement regarding the device’s detail and launch. There is no clue when it will be launched in India. There is no detail about the pricing of the device. It is expected that the Moto One Power will be priced at Rs. 23,999.  The price may increase and can also go down. This depends on the market condition. Maybe in few days, Motorola can announce this officially. 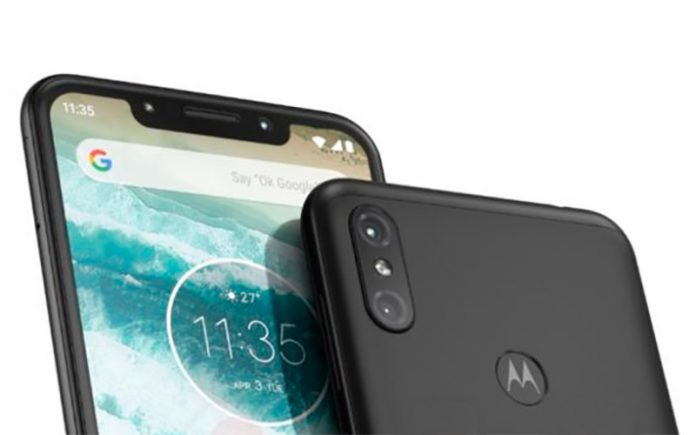