Microsoft’s new Surface Go is now all set for the markets, and this will happen within less than two weeks. To create some buzz among the audience, the company has released a series of ads before going for the launch of this affordable tablet. The ads are not more than 15 seconds, and it shows the new tablet which is about to come.  The primary objective of the ads is to show the ability of the tablet which will be both PC and tablet, and it is light, can be used with a Surface Pen. 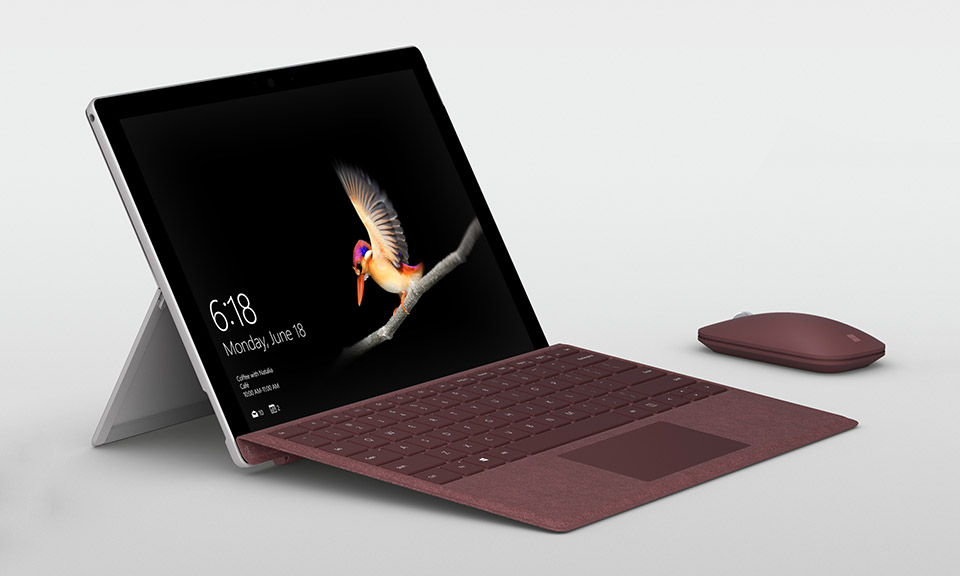 The company is going to introduce a new brand named Surface Go, which is a smaller and less powerful take on the popular Surface Pro laptop. It has got a similar design to the Surface Pro, and it has got a 10-inch screen with integrated kickstand and OS is Windows 10.

The new Surface Go weighs just about 1.15 pounds, and it measures 8.3mm thin. The surface Go with a custom-built high-resolution PixelSense, and it has got an aspect ratio of 3:2 display which supports the Surface Pen. This Surface pen will be sold separately it will be having 4096 levels of about pressure sensitivity and low pen parallax, precision for accurate note taking, low latency, and computer-aided design.

When it comes to portrait mode, the screen was specially designed to render the page to the scale of the most school textbooks. When it goes for the landscape mode, it can render pages side by side, and you can hold a paperback book in hand. With the built-in kickstand, it can extend to 165 degrees and the mechanism can provide more durability for the workflow and it also has a Windows Hello camera which will allow for quick and secure sign-in by using the face recognition.

The Surface Go will have Intel’s Pentium Gold 4415Y processor, and it will come with either a 4GB+64GB eMMC storage or 8GB+128GB SSD. This processor is a dual-core 7th generation model which will offer a perfect balance between the performance, thermal properties, and battery life.  The battery life of the Surface Go is said to be about 9 hours. It has some slew of ports, and that includes the Surface Connect for charging and docking, USB-C 3.1 for data, video, headphone jack and MicroSD card reader.