LG released it’s the first pair of wireless headphones last year. LG made their new headphones really stand out by including a germ-killing UV light in the charging case. With the coronavirus pandemic in full swing, that was a nice feature to have. This time LG is going with a slightly different approach for its new ‘Tone Free’ earbuds. LG will sell two different models of the headphones: the HBS-FN4 and HBS-FN6

The prime difference between the two headphones is a germ-killing charging case. The $169 FN6 model comes with one, and the $119 FN4 does not. LG states that the UV-lit case can eliminate 99 percent of S. aureus and E. coli bacteria. The system does not, however, provide cleaning, only sanitization. So, that means you’ll still need to wipe down the earbuds to remove stuff like dirt and ear wax.

Battery life isn’t any better or worse than the preceding model. So, like before, a single charge will get you about six hours of playback. The charging cases provide three full charges, that’s 18 hours of battery life, and those figures are the same with or without the ‘UVnano’ germ-killing feature.

Both headphones isolate sound fairly well, but neither features ANC (Active Noise Cancellation). ANC uses microphones and DSPs (Digital Signal Processors) to listen to unwanted background sounds and change the audio coming to your ears to compensate for that. This technique effectively silences the outside world. What is included, however, is an ‘ambient sound’ mode that helps the wearer hear what’s going on around them. Both headphones have touch controls on their side to adjust volume and control playback easily. There’s even support for Siri and Google Assistant if you’re into that sort of thing. Also, both headphones are rain, splash, and sweat-proof featuring an IPX4 certification.

Yes. LG has a pair of Tone+ Free wireless earbuds that include a unique feature. There is a UV light built into the charging case that will kill any bacteria on the earbuds as you charge them.

What is The Newest LG Bluetooth Headset? 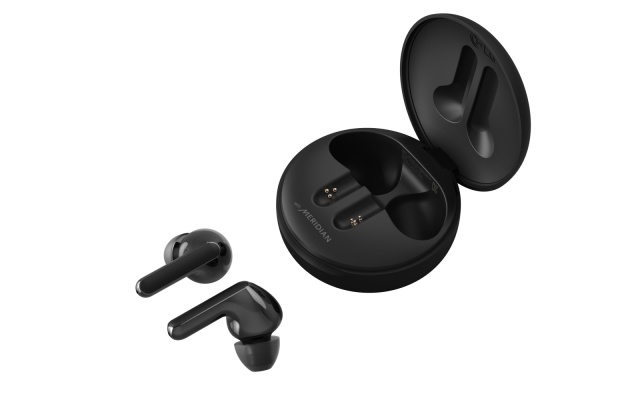