On the surface, the Yoga 5G looks like any other Lenovo laptop, but the similarities are only skin deep. Instead of using an x86 processor, the kind usually found in desktops and laptops, the Yoga 5G is instead equipped with an ARM CPU, the kind running your phone.

Due to their efficient, low power nature, ARM chips have become the de facto standard for smartphone and tablet processors, but the latest ARM SoC (System on Chip) from Qualcomm packs some serious processing punch. In a head to head benchmark against an Intel Core i5-8250, the Qualcomm Snapdragon 8cx pulled ahead by as much as 15% in most tests (Source).

In addition to having the most powerful ARM processor in the world, the Lenovo Yoga 5G has two more particularly interesting components: The 24 hour battery and the 7gbps cellular modem. That’s right, you read that correctly. It’s not a typo. The Lenovo Yoga 5G can run for 24 hours straight before needing to be recharged, and the X55 5G cellular modem is capable of speeds of up to 7 gigabits per second (Source).

Windows is an operating system that has historically ran on only one CPU architecture; x86. But since the rise of smartphones and tablets as ubiquitous and useful computing platforms, Microsoft has been maintaining a version of windows that runs on these new ARM chips. The first iteration, known as Windows RT, was a highly stripped down version of Windows 8. The platform did not do well, but Microsoft is at it again, and they have listened to customers complaints.

The new Windows on ARM platform is called Windows 10 S. And it comes complete with a full Windows 10 experience. It has everything you would expect a normal copy of windows to have, with the addition of one very special feature. Windows 10 S includes a compatibility engine that simulates an x86 processor. This trick allows the millions of programs that were written for the old CPU architecture to run on the new ARM architecture.

The Lenovo Yoga 5G is redefining what it means to be portable.

Considering the fact that the Yoga 5G has a 24 hour battery, and that in real world scenarios, laptop users only use their computers for a few hours a day, the Lenovo Yoga 5G will run for days before needing to be recharged. Yes, that’s right. Days. Built in power management technologies and an advanced cellular modem allows for a truly always-connected and instant-on experience, just like a smartphone or tablet. 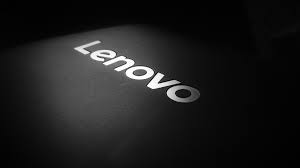