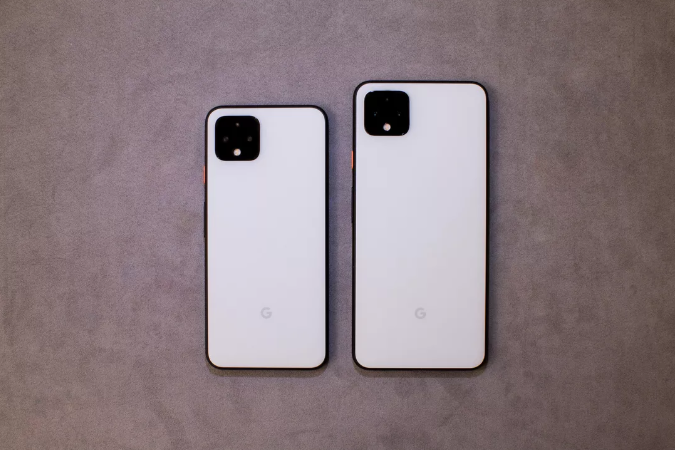 The new smartphone of Google is nearly here. At this time so much has happened that talking about what we don’t know could be quicker.

In addition, we have useful videos from pixels 4 and Pixel 4 XL with detailed data sheets and more, apart from Google’s official teaser which gave us a view of the back camera with a dual-square lens, fresh colors and an exciting new front camera with a motion sensor to detect faces to open the movement of phone and air.

We’ve collected all the rumors and all leaks that we knew about the upcoming Google Pixel 4. Let’s take a look:

How does Pixel 4 look like? Google tweeted a photo of the Pixel 4 back and surprised us with a rear camera design in June. The image confirmed the rumors that Google is ready to bring changes in upcoming mobile unlike previous Pixel line. Two camera lenses seem to be available in the rear camera. In addition, the image shows how the company’s two-color flagship look for its previous mobiles is being taken away for Pixel 4. Each pixel handset had a glossy appearance at the top and at the bottom had a matte color. Moreover, fingerprint sensor seems to be shifted on the front section instead of backside.

Initially, the back of Pixel 4 is revealed by the Google. However, we knew from the start that Google’s sensational technology would include the Soli chip. This was confirmed by Google in late July when a video of a woman released with Pixel 4 in which she unlocked Pixel 4 with her face.

Recently, device packaging and accessories including the box leaked too. You’ll get a charging cable, a USB-C to USB-A adapter and an 18W USB-C charger with your phone. This box has no headphone and no headset adapter of USB-C port, unlike other devices. A Module with a large bezel at the top of the screen and a square camera at the back are confirmed in these leaks.

Two different phone sizes are available with Pixel 4 XL and Pixel 4. While the core technology was the same in previous releases, the size of both Pixels has in the past been somewhat different. Pixel 3 XL had a notch unlike Pixel 3. What we have seen to date is that this time these new phones are identical in design, but the size of the screen with the big top bezels above display.

Pixel 4 XL will come with the Quad HD + 6.3 inch screen. On the other hand, Pixel 4 will have Full HD + 5.7-inch display. However, both handsets will have OLED display. If rumors are to be believed, Pixel 4 has is a bit larger than Pixel 3. Pixel 4 XL seems to be the as same size as Pixel 3 XL, but with a slightly narrower body. Fortunately, bezels size has been reduced this time in Pixel 4.

While it’s no surprise that Google, like almost all other Android flagship, might use a Qualcomm Snapdragon 855 processor for new phones this year, the leaked data sheet also covers some interesting features than Snapdragon processor.

Pixel 4 mobiles are said to have RAM 6GB, which will advance multitasking and memory management. This phone is available in 64GB and 128GB versions with stereo speakers and they charge with USB-C. We also believe that Qi Wireless Charging is supported. Let’s hope that the battery performance will be good since the pixel 4 battery size seems smaller than Pixel 3. Interestingly, Pixel 4 XL seems to have an extra capacity of 270 mAh.

In addition, this is Pixel Neural Core, which we consider to be the latest version of Google’s Visual Core Pixel, and of course A.I. Features like we saw on Google I/O are back. There are a number of rumors that show the new features of Google Assistant in Pixel 4 and how the air movement called Motion Sense works.

The main camera seems to have two lenses in Pixel 4 XL and Pixel 4. It is reportedly equipped with a 12-megapixel dual-pixel sensor that is connected to a 16-megapixel telephoto lens. This means that new cameras tend to zoom in and the two lens settings must produce a better bokeh effect with the help of sharp and blurry backgrounds.

Promotional videos, which leaked on September 9, include the Pixel 4 astrophotograph, which helps to better capture stars at night.

Google has confirmed that the first cellphone to use Project Soli’s new gesture recognition technology is Pixel 4. This new feature is called Motion Sense with motion recognition radar and can also be used to control alarms, silent calls and playing and pausing music.

We also have confirmation that, with the exception of India, New Zealand, Australia, and Japan, the Motion Sense feature will be launched in 38 countries.

Motion Sense might be the reason for Google giving Pixel 4 a bigger launch. In a blog post, the company showed a number of sensors, including dot projections, infrared sensors, Soli radar chips, and more, which can be found in Pixel 4. The difference, of course, is that Pixel 4’s design is a little outdated.

Read Next: Pixel 3A Review Better Camera and Battery Life Than iPhone XR