Its been almost three years since Fortnite: Battle Royale came out. The ultra-popular game will celebrate its 3rd anniversary at the end of July. In a symbolic gesture in recognition of its huge popularity, Fortnite is dropping its Early Access label. Epic, Fortnite’s developer, has decided that the multiplayer shooter and it’s ‘Save the World’ PvE counterpart will no longer carry the tag. Epic is shifting the development cycles for parts of its popular franchise. At this point, Fortnite is a multi-billion dollar title that has hundreds of millions of active players. Some people had hoped that Fortnite’s ‘Save the World’ portion would become free-to-play, but Epic says it will continue to be a premium title.

Epic said in a statement, ‘Development of new content will slow down after this official release.’ The developer also noted that Save the World’s main story is now ‘complete,’ and the game mode will be moved to an annual schedule. Epic continued by saying that in the coming months, Save the World will drop support for all Fortnite Battle Royale cosmetic purchases. Epic has promised to let players know when this is going to happen. And you won’t have to worry about your existing library of cosmetics, as it will keep functioning in both modes.

Epic says, however, ‘The adventure doesn’t end here for Save the World.’ All of the game mode’s paid Founders will receive Founder’s Packs upgrades that will take them to the next level and will unlock the many rewards included in the upgraded pack, all for free. Ultimate Edition owners will get 8,000 V-Bucks and the new Metal Team Leader Pack. The Metal Team Leader Pack features the Papa Bear weapon schematic, Warning Bow Back Bling, the Metal Team leader Challenges, and an all-new Hero. Save the World has been reduced to only $20.

Conquering the challenges in Ventures will earn you seasonal experience which impacts the level of difficulty you encounter, weapons you find, and the seasonal rewards that you earn. Reaching higher seasonal Ventures levels unlocks Supercharger materials that can raise the level of items in your main collection — beyond their current cap.

Everybody knows that Save the World has been neglected compared to the hugely successful and often-updated Battle Royale mode. This is why a lot of players have wanted it to go free so they could easily get rewards in the PvE game and pull them over. Consistent delays in the release, however, suggested that it was probably never going to happen. 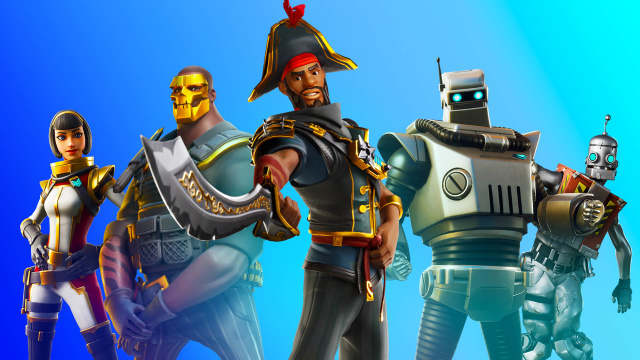