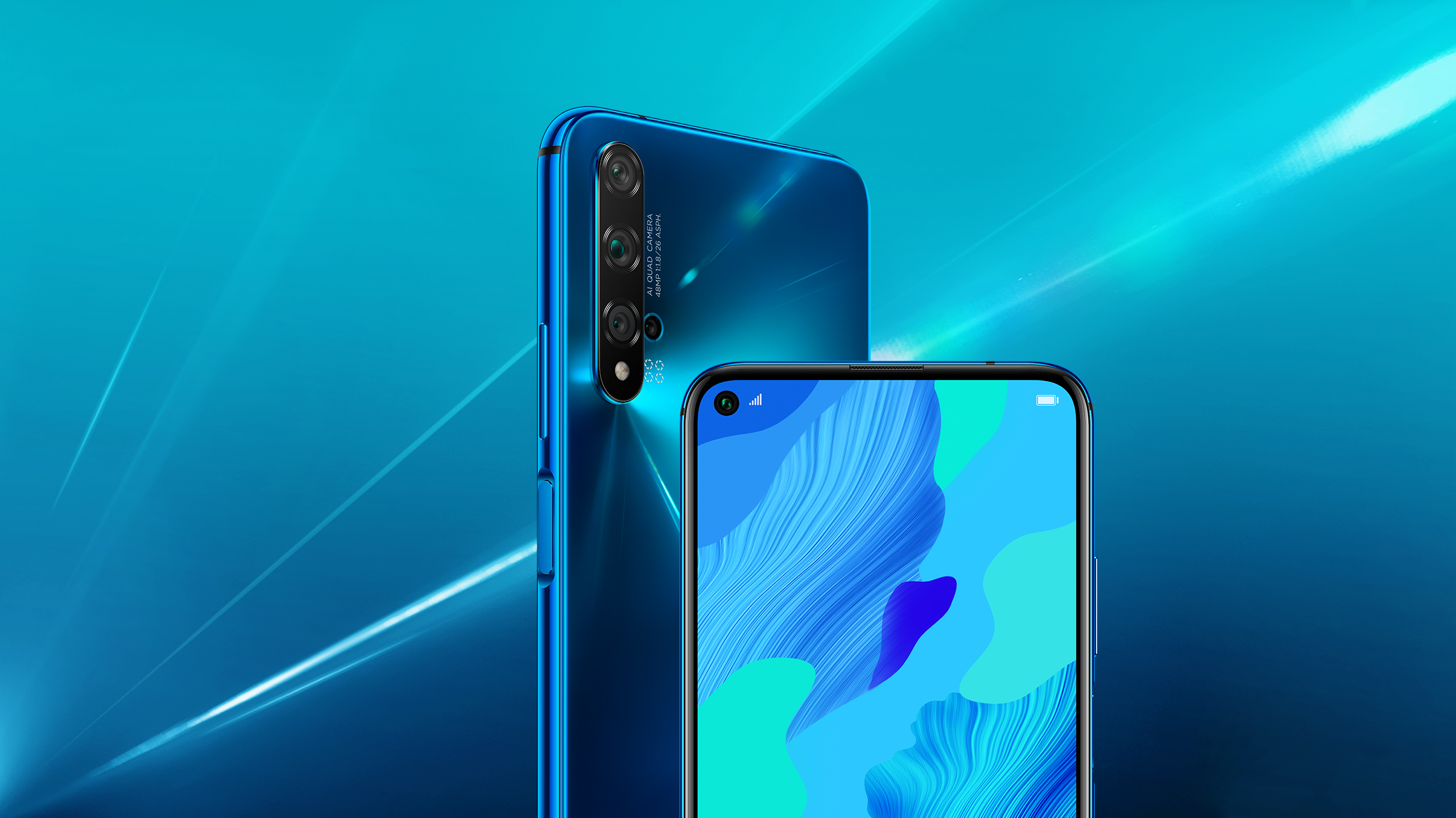 Huawei has launched its one of the hottest mobile phone NOVA 5T at a Fashion event on Tuesday in Malaysia. Unveiling the phone at a fashion has magnified the beauty of its launching ceremony. Huawei  Nova 5T is the upgraded version of Honor 20 which was introduced by Huawei under its sub-brand Honor.

What is in the Box?

Let’s have a look on its exterior

6.26 inches large phone is made up of metal body with holographic effect at its Back which enhances is beauty and catches the eyes of the many. Its width is 73.97 mm and has a weight of 174 grams. Huawei has introduced 3 colors in this phone i.e Black, Crush Blue, and Midsummer Purple, my favorite one. Phones contain volume buttons powers button and figure printer sensor on the right side of the phone. Introducing figure print on the right side of the phone is a good decision as it is the natural position of the thumb when we carry our phone.

Let’s have a review about its features.

Huawei has introduced EMU 9.1 as Nova 5T operating System. EMU 9.1 is based on Android 9.1 which is also known as Pie

Huawei has used Huawei Krin 980octa core processor in its phone which means that phone consists of 8 processor so it makes it more reliable and efficient. Huawei has also used Dual network processing unit in its phone. So if you are a gaming lover then this might be the best one to cater your needs.

Huawei has introduced 3750mAH Li-ion polymer battery in its phone as Huawei phone always have a good battery time hope so this big battery will also cater the need of the user and it is sufficient for a day. If you are tired off using slow charging mobile phone then this phone is definitely for you because Huawei has introduced Super Charging Technology in Huawei Nova 5T.

There is no doubt Huawei uses best cameras in its phone. In NOVA 5T Huawei uses 32 MP camera which is emended in a hole punch sensor that is on the right corner of the phone which looks cool. As far as the rear camera is concerned it has four cameras 48 MP +16 MP + 2 MP + 2MP. Main camera which has 48 Mega Pixel aperture lens of f/1.8, the second camera is used to cover the picture from the various angle it is 16 MP with f/2.2 aperture lens. 3rd camera is of 2MP which is used for depth sensing and the fourth one is introduced for macro shooting. The rear camera also supports UHD 4k video recording. Nova 5T has various shooting mode such as AI shooting, Panorama, Super wide-angle, night shoot, Timelapse, and many others. It would be a perfect phone for a photography lover. The rear camera also possess the feature of flash and autofocus

It has 128 GB ROM and 8 GB Ram which is a perfect combination to support any type of use. However, its storage cannot be extended.

Huawei has introduced the feature of Face sensor and figure print sensor in Nova 5T.

That’s all about Nova 5T. It is early to say about Nova 5T that whether it can capture the market or not. For me, it’s a good phone in a very handsome amount. It has all those specifications which one need to cater to their daily task. So I think that its beautiful look based on holographic effect, 4 Rears cameras, and Krin Processor would surely attract the customers.