Recently, HTC revealed its two new smartphones named the Desire 12 and the Desire 12+, and both come under mid-range smartphone category. These two are the HTC’s latest smartphone launched in India, and now these two devices are available for purchase. The company has officially confirmed it. As per the report, users can get these two devices via online stores and offline stores. The devices were first revealed in March 2018, and last week the two devices arrived in India. Both the devices have an 18:9 edge-to-edge display. Some of the major specifications of the devices are both have glass on their backside, support Phase Detection Autofocus and the HTC desire 12+ carries a dual carries a dual camera configuration on the rear side, and there is also a front flash. Users can buy the Desire 12 by paying Rs. 15,800 and for the Desire 12+, users need to pay Rs.19.790. For now, the devices come in two colour variants, i.e., Warm Silver and Black. 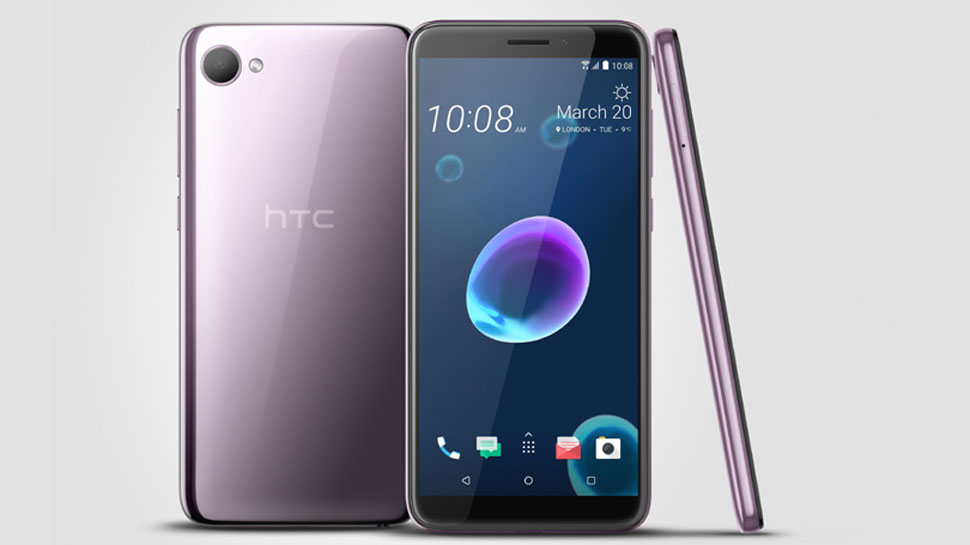 Now talking about the features and specifications, the HTC Desire 12 has a 5.5-inch HD+ IPS LCD. With 18:9 aspect ratio it offers 720 x 1440-pixel screen resolution. Under the hood, it has a MediaTek MT6739 SoC 64 bit Quad-Core processor. The users will get 3GB of RAM and 32 GB of internal storage. The storage can be expanded up to 2 TB.

Now talking about the high-end variant, i.e., the HTC Desire 12+, it has a long 6-inch IPS HD+ display. The aspect ratio is 18:9 and provides 720 x 1440-pixel resolution. Runs on Android 8.0 Oreo, it is powered by a Qualcomm Snapdragon 450 Octa-Core 64-bit processor and carries a 3GB RAM. The users will get a dual camera configuration on the rear side and offer the 13MP and 2MP camera. The aperture is f/2.2 and support different photography mode like panorama mode, face detection, and bokeh mode. On the front side, the users will get an 8-megapixel BSI camera. With f/2.0 aperture, it supports HDR and Beauty mode. A 2965mAh battery backs the device.

The 32GB internal storage capacity can be further increased up to 2TB. Under the connectivity, the device offers 4G LTE, Wi-Fi 802.11 b/g/n, Bluetooth v4.2, a 3.5mm headphone jack, GPS/ A-GPS and Micro-USB. It has an accelerometer, ambient light sensor, compass, and proximity sensor. There is also a fingerprint scanner on the rear side. The size is 158.2×76.2×8.4mmand weighs 157.5 grams. Both the devices support dual SIM.