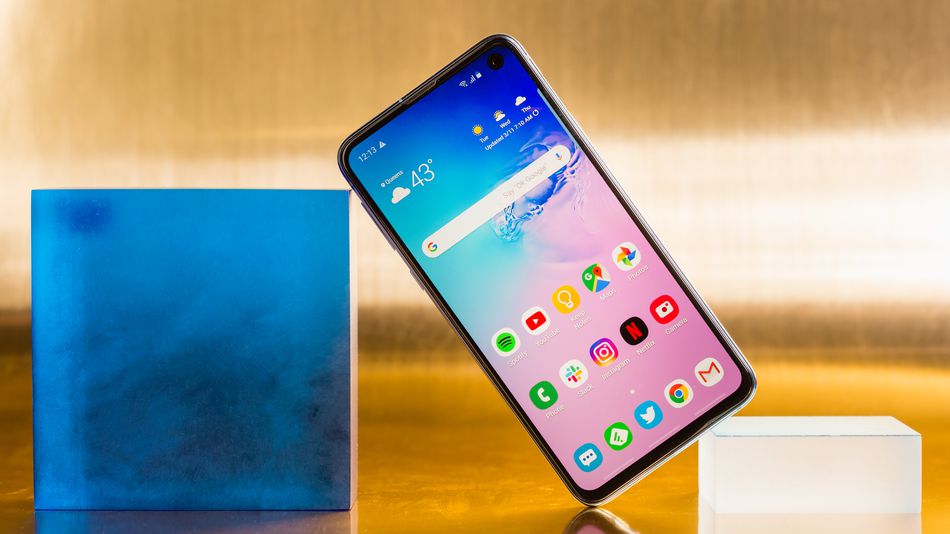 With 2019 specs and 2016 prices, The Galaxy S10e is Samsung’s flagship smartphone, giving consumers the opportunity to earn a solid discount for all the cool new features in the Galaxy S10.

It’s very simple to see the S10e (“e” for “essential”) as the Samsung version of the budget flagship in the iPhone XS Line. They both have excellent advantages in their generation’s mobiles.

We think the S10e is an excellent choice worth forgetting the additional benefits on the S10. As a bonus, the smaller dimensions of the S10e are certainly good for people who don’t appreciate the ever larger display.

However, the Galaxy S10e has even strong appeal at it is cheap (probably so much discounted after launching it), even compared to Samsung’s newest phone as well the next iPhone 11 & Google Pixel 4.

The features like a fingerprint sensor and curved panel have not been included in S10e. These features, however, are assembled several phones in this year, such as the OnePlus 7 Pro and Huawei P30. It is therefore worthwhile to see if their exclusion makes you envy the phone flagship.

However, the Galaxy S10e is a one hand phone with excellent specs; a combo which will make your phone more appealing. The 5.8″ all-screen display is simple to hold and its chipset is fast enough to compete with other flagships over the coming years.

As stated before, one of the most attractive features of the Galaxy S10e may be its smaller size, ironically. As the most important flagships grow ever bigger, the S10e is just as handy as leading phones with a width of 2.75 inches. With smaller phones, the number of consumers are buying it–just look at iPhone SE (RIP)’s popularity.

The S10e looks like a shrinking version of its predecessors with a few exceptions. In this less expensive model Samsung did not include the infinity edge display of the Galaxy line. Therefore, you can enjoy a flat, more noticeable bezel front display. The S10E is also the lightest mobile in the S10 line, and 150g in total weight, compared to the 208g iPhone XR.

While S10e has no fancy in-screen fingerprint scanner alike its siblings, Samsung choose to put a tiny capacitive sensor on the top right side of the extended power button. It works faster, although it works with thumbs much better.

The S10e has an AMOLED display that comes with 5.8’’ screen. You can change the display color with a simple fix called Vivid Mode if you don’t really like a color balance.

The S10e screen has determinedly maintained its side-by-side with an iPhone XS Max, and lost only in the darkest scenes in the media comparisons of these two devices.

However, in the top right corner of the display is the “infinite-o”, hole-punch, something in common in all S10 mobiles.

It’s good that hole-punch camera is in the corner rather than in the center of the screen. We are not sure if this is a good thing, but it doesn’t seem to be a problem for us. Because the eye naturally settles to the lens and it’s easy to see display edges instead of the screen cut-off in the middle.

It also feels like Samsung is bending its design and production lines instead of offering the front-facing camera issue with a dynamic solution. Whether you like it or not, we liked it.

S10e is equipped with a double-aperture f/1.5-2.4 double-sized 12MP main camera, with OIS and a 16MP f/2.2 ultra-wide shooter. The S10 and S10 Plus both have optical zoom for three-lens, which is now standard for other flagships such as the Huawei Mate 20 and LG V40ThinQ. You might miss the telephoto lens. However, we are glad that it isn’t there as we would not use it as often as wide and ultra-wide.

The S10e is upgraded to Samsung Galaxy S9, which had one dual aperture shooter last year by packaging even two cameras. Wider shots are used to show the different angles of the camera. A 77-degree field of view allows for more depth and allows you to see the whole scene in detail. But an ultra-wide 123-degree FOV captures a much larger range of views than a 70-degree field of view. In the case of zooming up or down, it is virtually seamless to switch between ultra-wide and wide–which is a turning point as the Huawei Mate 20 Pro has done the same way.

So, how is the quality on Galaxy S10e? Samsung nailed pics with bright sunlight in our casual test i.e., automated settings, and even better than the iPhone XS Max and Huawei Mate 20 Pro.

Something else cool about the ultra-wide lens? To provide more context in the images above and below, Samsung S10e uses the wide-lens in Panorama image mode. It’s very remarkable that your extra-large photo-scrolls are so much better than your friends’ phones.

On 8 March 2019, the Samsung Galaxy S10e was released in the Canada, Europe, United States, China, and India and in other selected countries. By the end of March, Samsung reached up to 130 markets in total.

Galaxy S10e is a great smartphone if you are looking for a bunch of great features in a small size mobile. It definitely has a better camera, one handed body design, and great display to make the phone look like a real smartphone. In our honest opinion Galaxy S10e is not as good as its predecessor, but we don’t think it is bad at all. We have seen many other phones with similar features, but this one is more of a hybrid than the others.

Read Next: Google is Working on a 5G Pixel Smartphone: True or Rumor?