On Thursday, Tesla CEO Elon Musk said ‘use Signal,’ on a Twitter post. He was referring to the popular encrypted messaging app by that name, but many people took his message in error.

Related post: Thanks to Tesla’s S&P 500 entrance, Elon Musk is Well on His Way to Becoming The Richest Person in The World

Shares of a totally unrelated company by the name of Signal Advance saw its stocks surge by 527% on Jan. 7. The accidentally-promoted-by-Elon company’s share price rose from just 60 cents a share to well over $7.

Musk was definitely referring to Signal, the messaging app. Is an alternative to messaging apps like WhatsApp, Apple’s iMessage, and Facebook Messenger.

The correct Signal, the one that Elon Musk was referring to, posted on Twitter to explain:

It’s understandable that people want to invest in Signal’s record growth, but this isn’t us,” Signal wrote. “We’re an independent 501c3 and our only investment is in your privacy.

Is this what stock analysts mean when they say that the market is giving mixed Signals?

It’s understandable that people want to invest in Signal’s record growth, but this isn’t us. We’re an independent 501c3 and our only investment is in your privacy. pic.twitter.com/9EgMUZiEZf

This really shows, more than anything else, just how influential Elon Musk is becoming. Although he dipped to number #2 shortly after, Thursday, Elon became the richest person in the world. This is, in part, because of Tesla’s nearly 800% increase in market cap in 2020 alone. Tesla became, on Friday, the 5th most valuable company in the United States, leap-frogging over Facebook.

Check this out: Tesla Could Have Been Sold to Apple if Tim Cook was Half The Visionary Steve Jobs Was 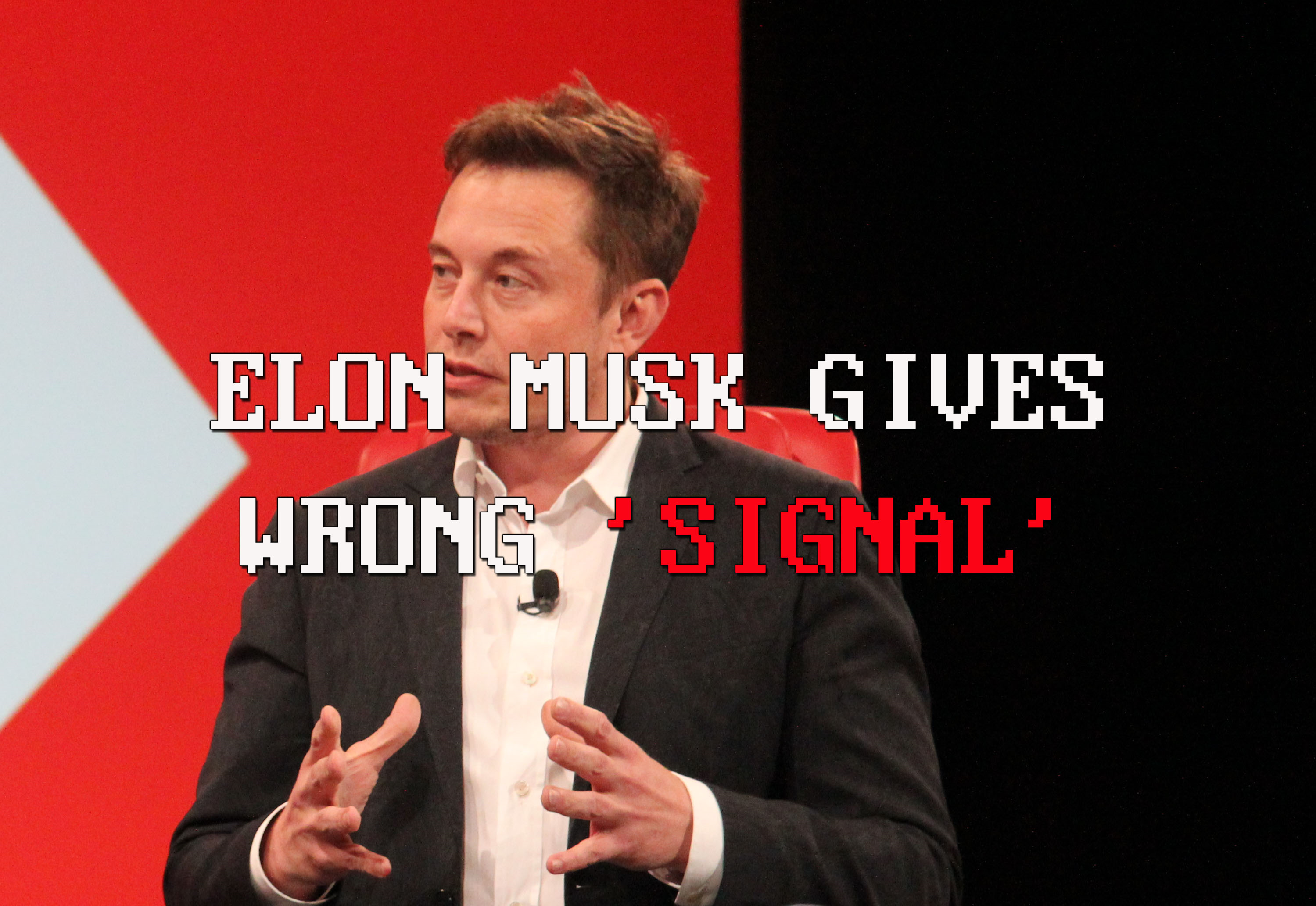