NVidia demoed the ‘world’s fastest’ e-sports display at CES 2020, the ASUS ROG Swift 360. The new monitor features an unheard of 360Hz refresh rate. The insanely fast display will be available for purchase some time with September, but Acer has an upcoming monitor called ‘Predator X25’ that will support the same nVidia powered 360Hz speeds.

Like nVidia’s Swift 360 reference monitor, Acer’s Predator X25 will is billed as a professional display that is designed for pro-gaming and its associated ‘training.’ Acer’s new monitor will provide give e-sports players ultra-low latencies and uber-smooth animations. 360Hz is 6 times a conversation monitors refresh rate and a full 3 times faster than most gaming monitors currently on the market.

Just as the nVidia unit did, Acer’s 24.5-inch monitor includes an nVidia G-Sync processor. The added chip was designed to help prevent screen tearing, but at such high refresh-rates, a chip like this is required just to drive the display. Acer’s Predator X25 is one of the few displays to include the company’s ‘Reflex Latency Analyzer,’ a tool to measure system latency as to provide gamers with detailed information regarding the interaction between their PC, mouse, and monitor. There is no word on pricing or availability just yet, but when we find out you’ll be the first to know. 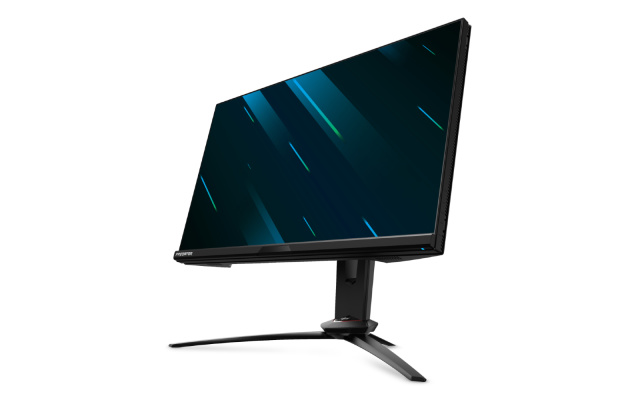