Belkin has announced several MagSafe-compatible accessories for the iPhone 12. One of the most interesting new products is a phone mount that features face tracking. The mount works with an app that is able to recognize your face to provide the user with control over the device. That means it will be able to follow your movements while you are recording. The mount can rotate 360-degrees and works with the iPhone 12 in landscape and portrait mode

Unfortunately, this feature will only work with Belkin’s app. So, that means you aren’t going to be able to use it with Zoom, FaceTime, or Facebook Messenger and have the device follow you around. This device is made to work with official MagSafe cases. It’s not out just let, but when it’s released it will cost $65.;

Another product that Belkin announced was a fitness-oriented phone mount that lets your phone attach to the kind of magnetic surfaces that can be found on gym equipment. The second device is also able to rotate a full 360 degrees by virtue of a ball joint. That one will cost $35 when it starts shipping.

Also, Belkin announced a new 2500 mAh power bank that can magnetically attach to a phone for $50. They also mentioned a new larger wireless charging pad that also functions as a 40 Watt power bank for $70. Last but not least, another accessory that the company announced was a portable charging pad that will be familiar to owners of the official MagSafe charger along with a 7.5W wireless charging stand. The stand is going to cost $35 when it comes out. The charging pad is already shipping and you can pick one of those up for $30. 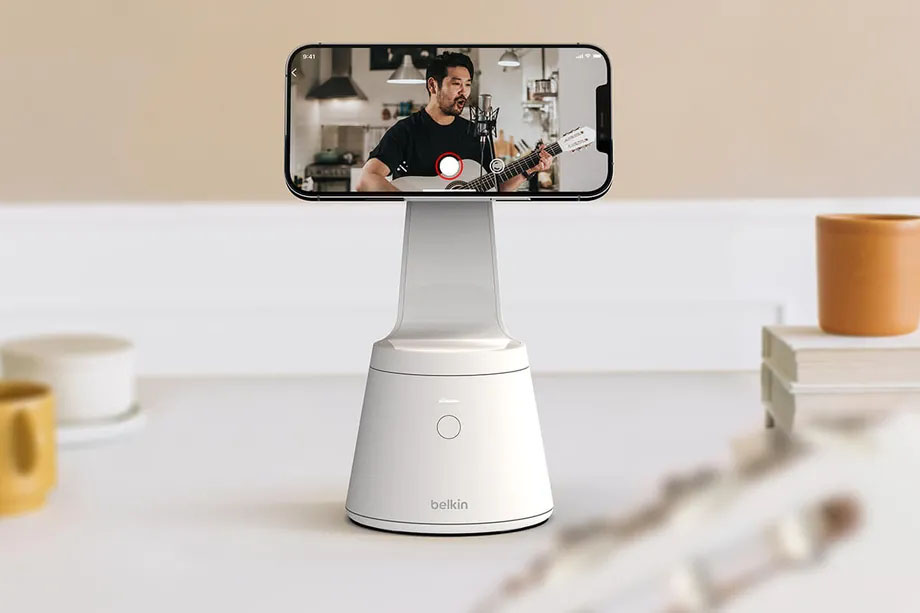