Apple has already launched its new 2018 MacBook Pro models which have got 8th generation processor. The company will also be bringing this 8th generation processor to its new MacBook Air notebook, but this has not been confirmed officially.  It may be MacBook Air moniker or amalgamate which is a MacBook 12 inch line has rumored for mounting a 2018 refresh model with affordable along with lightweight notebook from the company. 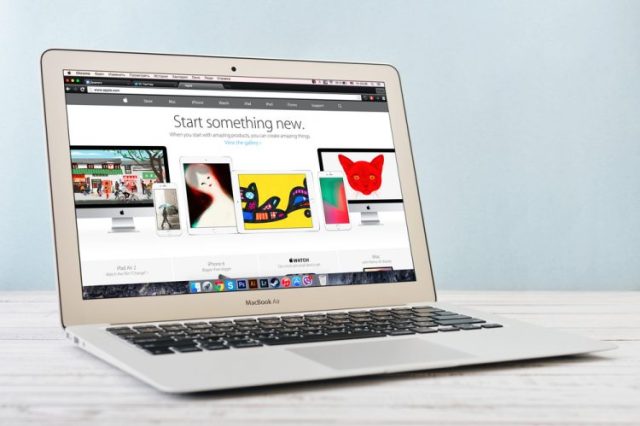 The current MacBook Air’s model has a 5th generation Intel Processor, but reports from Taiwanese publication Economic Daily News shows that the new model may come up with an 8th generation Kaby Lake Refresh processors.

As per a Taiwanese publication Economic Daily News, the notebook will get powered by Intel’s 8th generation Kaby Lake Refresh processors which will be released in the second half of the year 2017. This translated report also suggests that the Apple’s decision to use the Kaby Lake Refresh processors which manufactured basing on a 14nm process. But due to repeated delays with the Intel’s transition to Cannon Lake chips, it is based on a 10nm process. The latest word is about the Cannon Lake which may be readied until the end of the year 2019.

The Kaby Lake Refresh lineup also includes a quad-core i5 along with Core i7 processors which have got a base clock speed which lies between 1.6 GHz and 1.9 GHz. The max Turbo Boost speeds lie between 3.4GHz to 4.2 GHz. The other 15W chips features have integrated to Intel UHD Graphics 620 along with the support up to 32GB DDR4 or LPDDR3 RAM. This shows that Apple’s low price end notebook will be faster than the new MacBook Air models. It will be using 5th generation processors with dual-core i5 along with Core i7 processors which were released in the year 2015.

We can expect new iPhones, Apple Watch Series 4 models, Airpower along with new AirPods in September. So this Mac along with iPad Pro will get some attention in the October event from Apple.