After so much of rumors and leaks, Xiaomi has finally launched its latest smartphone the Redmi 6 Pro in China. Along with that, it also started the Mi Pad 4. As previously suggested, the device carries 19:9 display aspect ratio with a notch on display. It is the first smartphone from Xiaomi to carry a notch.  Rest of the body structure is quite similar to the Redmi Note 5 Pro. 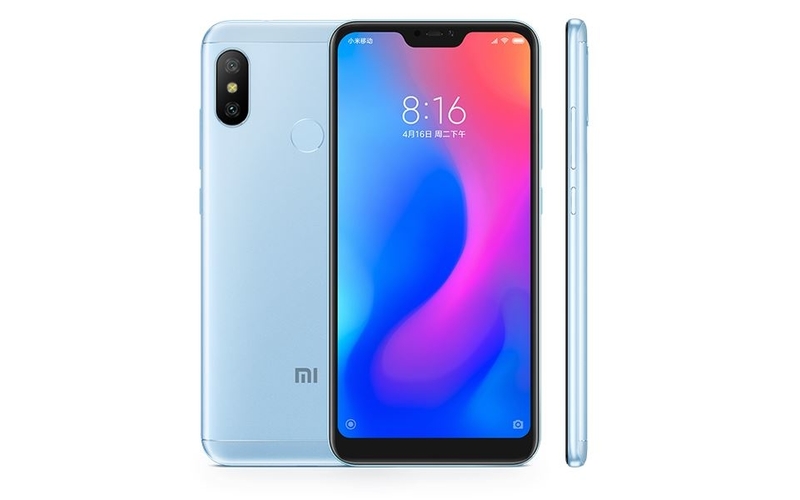 The device comes with three variants. One variant offers a 3GB RAM and 32 GB of internal storage capacity which is priced at CNY 999, around Rs. 10,400. Another option provides a 4GB RAM and 32 GB of inbuilt storage. It carries a price tag of CNY 1,199, approximately Rs. 12,500. The last variant comes with a 4GB RAM and 64 GB of the inbuilt storage facility. The cost of this variant is CNY 1,299, in India, it will be around Rs. 13,600. There will be four color options, i.e., Gold, Red, Blue, and Pink. The device will go on sale at 10 AM on Tuesday. The company has not informed about the official price of the device for the Indian market.

Comin to the features and specifications, the Redmi 6 Pro functions on Android Oreo 8.1 based MIUI 9. It will receive MIUI 10 update. The device has a 5.84-inch full-HD+ display. With 19:9 aspect ratio, it offers 1080×2280 pixels of resolution and supports 84-per cent NTSC color gamut. Under the hood, the device carries a Qualcomm Snapdragon 625 octa-core processor which is clocked at 2GHz. Apart from this, it has an Adreno 506 GPU.  This configuration is also there in The Redmi Y2 and the Redmi Note 5.

It comes in a 3GB RAM + 32GB storage, a 4GB RAM + 32GB storage, and a 4GB RAM + 64GB storage variants. The storage capacity can be increased further up to 256 GB using a microSD card. The Redmi 6 Pro carries a 12MP + 5MP AI dual-camera configuration on the rear side. The primary 12MP sensor features a 1.25um pixel size, PDAF, and f/2.2 aperture. It also supports AI portrait mode. On the front side, users will get a 5MP camera which is also powered by AI technology. The front camera also has AI Portrait mode.

Under the connectivity options the device has 4G LTE VoLTE, Wi-Fi 802.11 a/b/g/n dual-band 2.4GHz and 5GHz, Bluetooth v4.2, GPS and A-GPS, Micro-USB, and a 3.5mm headphone jack. The fingerprint sensor is located on the rear side. A 4000mAh battery powers the device. The smartphone measures 149.33×71.68×8.75mm. It weighs around 178 grams. The device’s sensors include accelerometer sensor, ambient light sensor, gyroscope and an infrared sensor. 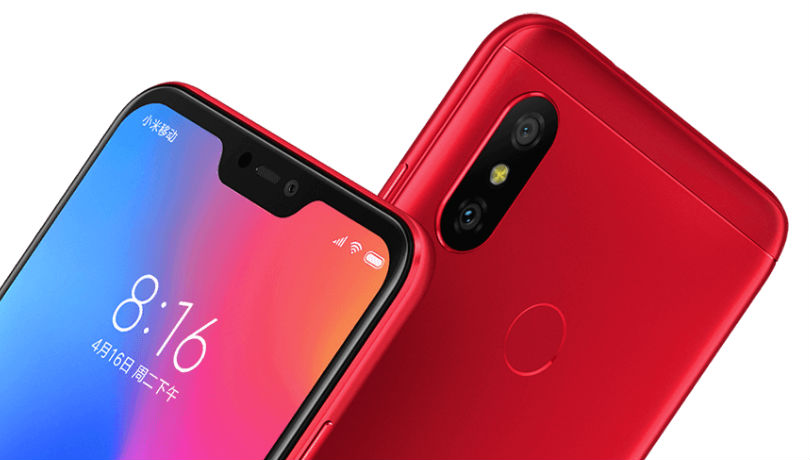