The Chinse smartphone manufacturing company Xiaomi may be preparing to launch its all-new smartphone named Xiaomi Mi A2.  Previously may leaks and rumors have been informed about the features and specification of the devices. Now the device is spotted on a Swiss website with detailed specifications. If going with the site, the device will go on sale from 8th August 2018. The Mi A2’ 32GB internal storage variant is priced at 289 Euro, around Rs. 19,800.  The 64GB internal storage variant is carrying a price tag of 328 Euro, which will be around Rs. 22,500 for the Indian market. The high-end variant with 128 GB of internal storage is listed with a price tag of 369 Euro, approximately Rs. 25,200. 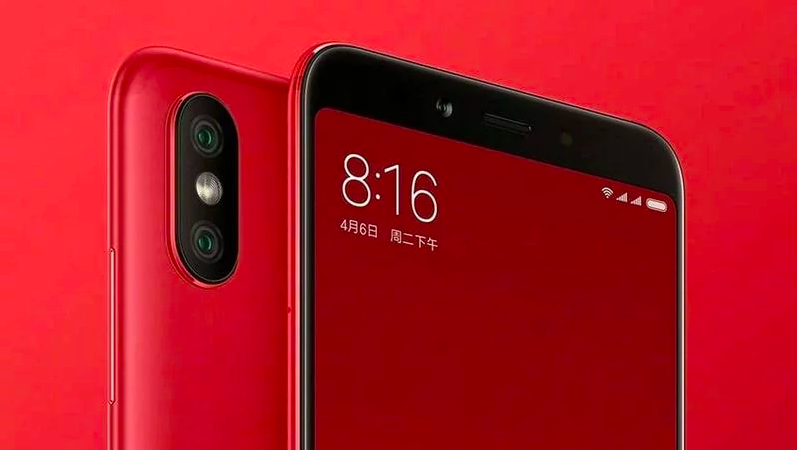 The company’ Mi A1 was latterly re-branded as the Mi 5X. Recently, Xiaomi launched the Mi 6X in China, and it is now expected that the device will be renamed as the Mi A2 for the Indian market. The Mi 5x came as the Mi A1, and now the Mi 6X will become the Mi A2. It will carry the same specs and features that the Mi 6X has.

Now talking about its features and specification, the Xiaomi Mi A2 will come with a 5.99-inch Full HD+ display. With 2160×1080 pixels of resolution, the color density will be a 403ppi pixel. Under the hood, the device may carry the Qualcomm Snapdragon 660 Octa-Core processor which will be clocked at 2.2GHz. Along with this, there will be an Adreno 512 GPU.

Coming to its optics section, on the rear side, both the variant will carry a dual camera configuration with 12MP and 20MP sensor. A dual LED flash will support the camera. On the front side, it may offer a 20MP camera. The front camera also assisted by a LED flash. 3010mAh battery will back the device. It supports fast charging technology. The Xiaomi Mi A2 works on Android Oreo version 8.1. It is also stated that the device will be the Android One smartphone. Under the connectivity option, it offers 4G VoLTE, Wi-Fi 802.11ac, USB Type-C and Bluetooth v5.0.

The device will be bezel-less and will feel smaller than regular 6-inch devices. The aspect ratio will be 18:9. With the upgraded Snapdragon 660, it will be the most powerful smartphone at its price point.

When Xiaomi launched the Mi A1 in India, it was carrying a price tag of R. 14,999. This pricing is for the 4GB RAM and 64GB internal storage variant. Till now, no smartphones have been launched under the Mi A series. It will be interesting to see this new device, and most probably it will carry a high price tag.