Xiaomi-backed Huami brand has recently launched its all-new smartwatch Amazfit Stratos along with Amazfit Bip smart wearables in India. This launch has marked that the company has now entered India. These new Huami smartwatches come as a new entry into the market of smart wearables in India. The data shows that the intelligent wearables are not so impressive India, but Amazfit  Bip has got an offering about the Amazfit  Stratos which sits on a premium price tag. 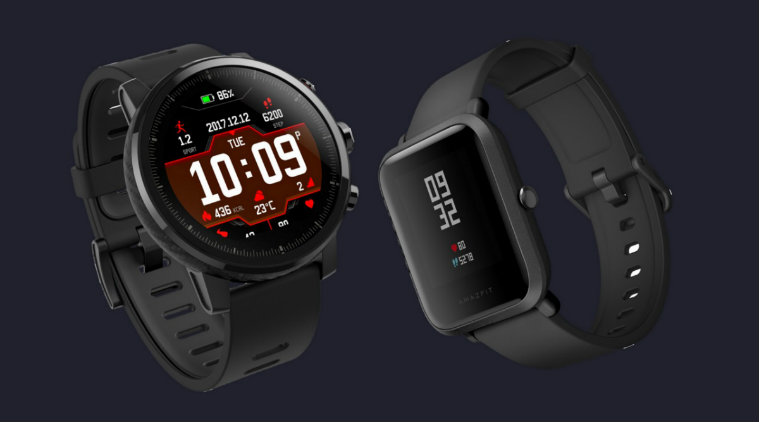 Huami which was backed by Xiaomi has announced the launch of the new Amazfit Bip and Amazfit Stratos smartwatches in India on Tuesday. This has come after some days on which the company has teased about the India launch. The price of the smartwatches is at affordable which was got the price tag of Rs 5,499. Amazfit Bip sports have an Always-on display as it is claimed to have a battery life of about 45 days. The Amazfit Stratos which comes with a circular display has git more premium with a price tag of Rs 15,999. These two smartwatches are readily available on Flipkart.

Amazfit Bip sports will have a screen size of about 1.28-inch trans-reflective which is always on colour display along with a resolution of approximately 176×176 pixels with 2.5D curved glass. It also has a Corning Gorilla Glass 3 protection so that the screen will not get cracked. The Sensors which are present in the smartwatches include a 3-axis acceleration sensor, GPS, electronic compass, geomagnetic sensor along with an optical heart rate sensor. It has also come with IP68 dust, water resistance rating. The Amazfit Bip has got a 190mAh battery that can last up to 4 months after a full charge.

The Amazfit Bip will come with four colour variants that include, Kokoda Green, Cinnabar Red, Onyx Black and White Cloud.

The Huami Amazfit Stratos will have a 1.34 inch always on transflective colour LCD panel which comes with a resolution of about 320×300 pixels which have 2.5D curved glass along with a Corning Gorilla Glass protection. A dual-core will power it with 1.2 GHz SoC which was coupled with 512 MB RAM with 4GB ROM. The other connectivity options include Wi-Fi, Bluetooth, GPS, and GLONASS. The sensors which are present in the smartwatch are ambient light sensor, air pressure sensor, barometer, gyroscope, heart rate sensor along with a tri-axis accelerometer. It has got a battery capacity of about 290mAh which can last up to 5 days.

The Amazfit Stratos will be only available in single Black colour options.