When it comes to gaming, Windows is by far the best operating system you can use. This is due to a variety of reasons, one of which is widespread developer support for both hardware and software. Also, there is a vast library of games available. Gaming on Linux, however, has dramatically improved in recent years. Some games that written for Microsoft Windows believe it or not end up running faster in Linux than they do on a Windows PC. You can check this out in this Red Dead Redemption 2 benchmark battle on YouTube:

PC games usually don’t run as well in Linux as they do in Windows. This fact is made apparent on widely available performance comparison articles by Phoronix. One article compares Ubuntu and Windows 10 using three Nvidia graphics cards, one of which a GeForce RTX 2080 Ti. Windows, without question, was the leader. The story is no different when using AMD Radeon hardware graphics cards.

Historically, Linux has only provided about 60 to 70 percent of the gaming performance that Windows 10 provided using the same hardware. Now though, things are a little different. The latest Ryzen laptops with Vega graphics do a lot better in Linux gaming but still leaned in favor of Windows 10 at the highest quality settings.

The test system used was made up of an Intel Core i7 8700K CPU, 16GB of RAM, an AMD Radeon Vega 56 graphics card. The motherboard used in the tests was an Asus ROG Strix Z370E.

FlightlessMango was able to get RDR2 running in Linux by using Proton. Proton is heavily based on Wine, which is a compatibility layer made to run Windows applications on Linux.

FlightlessMango used three different GPU drivers in his test, and compared the performance of each run with its Windows 10 counterpart using DirectX 12 and Vulkan.

In the benchmark results, you can see that RDR2 in Linux using the Vulkan API runs faster than both the DirectX 12 and Vulkan versions in Windows 10. There is up to a 10 FPS (Frames Per Second) difference in some areas, netting Linux a gain of about 14 percent.

Someone in the video comments claimed similar results with Far Cry 5 on an AMD Radeon RX5700. 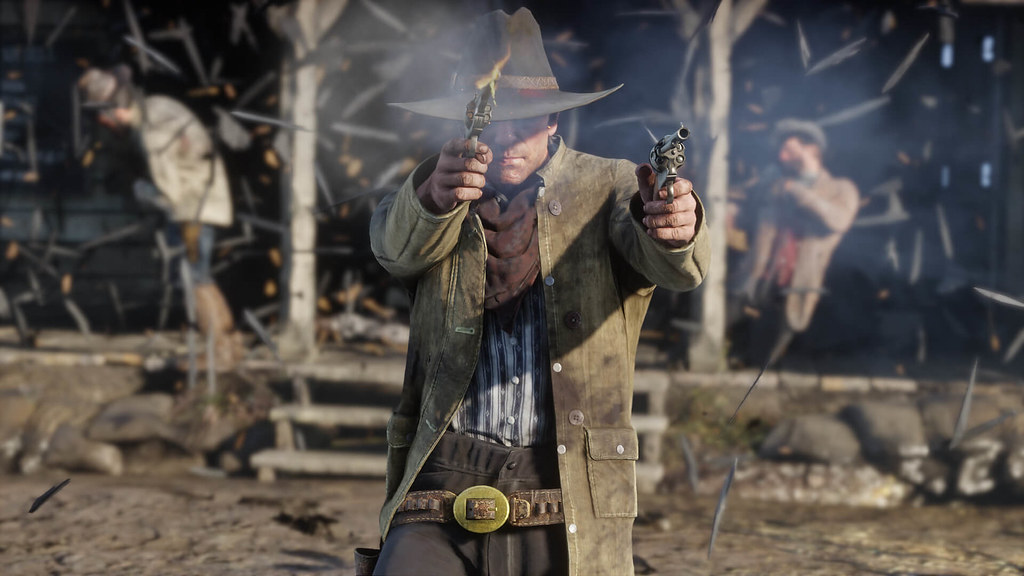