AMD has come back in a big, big way, and Intel has been really disappointing as of lately. With the release of AMD’s 3000 series CPUs, this fact is only underscored. These are really great chips. They run cooler and perform better than just about any Intel chip, and that fact rings true in all metrics. Clock for Clock, Watt for Watt, and Dollar for Dollar.

In fact, this is so true, that AMD doesn’t have anyone to compete with. There is literally no reason to buy any Intel CPU right now. From the low end, all the way up to the top of the charts; AMD has got you covered. This is presenting an interesting situation in which the former CPU underdog has to compete with themselves.

What is CPU Binning?

CPU Binning is a form of recycling. You see, when you make a CPU, you don’t make them one at a time. They are produced on circular sheets of silicon called ‘wafers’. The problem is, the photo-lithographic process used to make these product’s isn’t perfect. And even if it was, the rooms that they are made in aren’t perfect, although manufactures certainly try their best to make them so.

But one little spec of dust on a fragile CPU die, and that’s that. It’s over. Useless. Trash. Garbage. Well, it would be. If not for the practice of CPU binning. Instead of trashing these chips, which would drastically increase costs, they instead recycle them. No, they don’t grind them up into silicon dust and reform them into new chips. That would be more like aluminum, steel, or plastic recycling.

There is no way that would work for chip manufacturing. Instead, they build in sophisticated testing circuitry into the CPUs. After a wafer is manufactured, each CPU is tested.

If the CPU in question cannot run at maximum performance due to a tiny manufacturing error, then the microcode on the CPU is reprogrammed to either reduce the chips clock speed to a stable figure, or in worse cases, entire sections of the chip are disable. This is how you end up with the lower end chips like Ryzen 7, 5, and 3.

In the case of the Ryzen 3700X and 3800X, however, testers have found that they are more than likely the same exact bin quality. They even overclock the same. That’s right. Not only are these chips identical physical chips, as is the case with all Ryzen CPUs, but taken a step further, these two chips are the same quality Ryzen die.

So, on that note: Don’t buy the Ryzen 7 3800X. Just get the 3700X instead, and put the $70 price difference into a better graphics card or faster storage. AMD isn’t doing anything wrong here. They are just being smart and taking full advantage of the capitalist economies that buy their chips. If anything, Intel is forcing their hand. They left a huge gap in the market called ‘the entire CPU market’, and AMD is just getting the getting while the getting is good.

This article was inspired, and heavily derived from, Gaming Nexus’ video on YouTube on the same topic. If you liked this article, then you should check out their video below. It has a lot more detailed information than I was able to fit into this article. 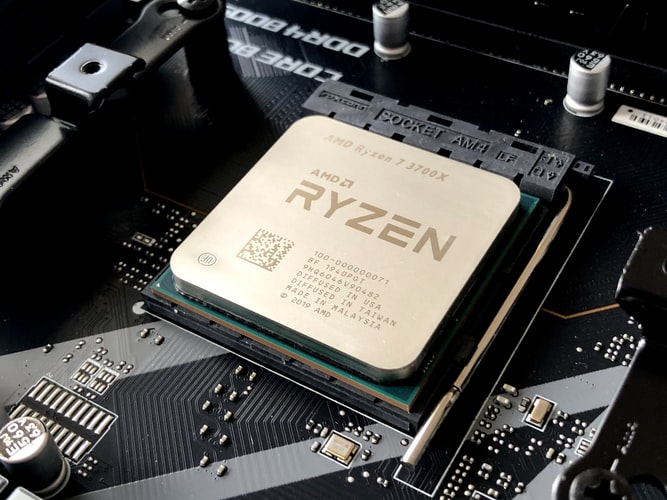