A meteorite hit earth in 2018. That rock was found to have pristine organic compounds within it. Those compounds can reveal a little more information about how life formed on Earth. In several US states, this meteorite was seen by people driving. It was easy to see because of the large fireball and loud explosion it brought with it. This occurred on January 18th, 2018. Luckily, these pristine space rocks were able to be in the hands of researchers quickly, before contamination.

This Meteorite Was Found Quickly

Just under 48 hours after it made landfall, Robert Ward, a meteorite hunter, found the first piece. It was on a Strawberry Lake near Hamburg, Michigan. The lake was covered in a sheet of ice. He used NASA’s weather radar to pinpoint the location. Ward wasted no time in getting the samples to the Field Museum in Chicago. Then, museum curator Philipp Heck starting studying it.

This meteorite is special because it fell onto a frozen lake and was recovered quickly. It was very pristine. We could see the minerals weren’t much altered and later found that it contained a rich inventory of extraterrestrial organic compounds. These kinds of organic compounds were likely delivered to the early Earth by meteorites and might have contributed to the ingredients of life.

Researchers were able to determine that the specimen was an H4 chondrite meteorite, which is very rare. H4 chondrites make up just 4 percent of meteorites found on Earth’s surface. The scientists determined that this rock contained more than 2,600 separate organic compounds that were all still intact. This is pretty amazing considering the heat of re-entry. According to the research team, this rock broke off from a larger asteroid 12 million years ago. They also found that the parent asteroid formed 4.5 billion years earlier.

A lot of scientists were able to probe the rock using different techniques, so we have an unusually comprehensive set of data for a single meteorite. 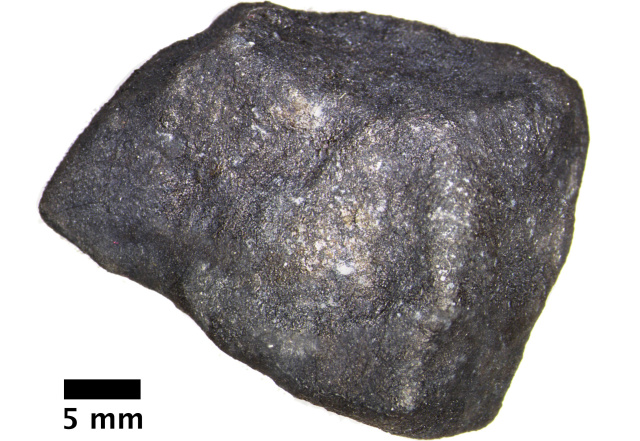