Scientists think that they have found evidence that confirms the presence of a large mass of liquid water just under the surface of Mars. The underground lakes were first discovered in 2018. Also, the team of researchers thinks they may have found three additional subsurface saltwater lakes near the main one. This is a huge discovery. These underground lakes are habitats that life could have potentially formed in. The first finding was based on just 29 observations from 2012 thru 2015 and met with tons of skepticism due. This study, however, and its findings were based on 134 observations that took place between 2012 and 2019. Much different.

The scientists used data from a radar device located on the ESA’s (European Space Agency) Mars Express spacecraft. So, the radar device’s main purpose is to investigate Mar’s southern polar region. MARSIS is the Mars Advanced Radar for Subsurface and Ionosphere instrument. MARSIS can send out radio waves that then bounce off materials on planets’ surfaces. Different materials have different effects on those signals. Underground lakes here on Earth are found the same way.

When reading data from an area of about 30,000 square miles, the team of researchers found areas that reflected those signals back in such a manner that they indicate the presence of water under about a half a mile of ice. The main lake 19 miles wide. It was discovered in 2019. Each of these three smaller lakes near it is just a few miles across.

These findings of underground lakes are definitely promising, but others still think that we won’t find lakes on Mars at all. Planetary scientist Jack Holt is one of those people. He is a member of NASA’s Mars Reconnaissance Orbiter program. Holt doesn’t think that the flow of heat under the surface is enough to keep water in a liquid state. Holt says that even if we do find liquid water under the ice it doesn’t mean we will find life. The temperatures on Mars only add to the problem. Any lakes that are there would have to be very salty to remain in liquid form. If the salt content is more than five times that the Eath’s ocean, it won’t be able to support life.

If you liked this article, then you should check out this one about China launching a Mars mission. 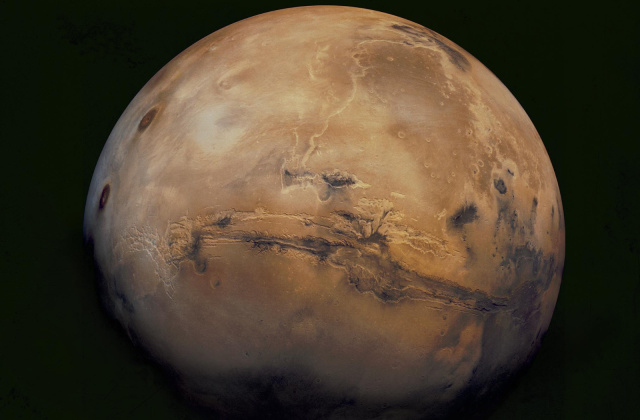