Tuesday night, GM unveiled its new 1,000HP electric Hummer EV. Hold on. Lets pause for a moment. A horsepower is defined as the ability to lift 1 pound, 1 foot in the air, in 1 second. Yes. Literally. By that calculation, a horse has about 15 horsepower. Think about that for a second. Now you are probably wondering why we still use this measurement for power, as it was never accurate to begin with, and now, horses are totally irrelevant. Anyways…

The truck is powered by a trifecta of electric motors. That’s pretty neat. Also, its got an ‘Ultium’ battery. But one of the most interesting things about the new hummer is that user interface it’s got. GM’s new beast-mode electric vehicle sports a 12.3″ main driver display. Also, it has a 13.4″ screen for media consumption. This is the first Unreal Engine-based infotainment system.

The electric Hummer’s system is powered by a multi-core Intel CPU and has 64GB of storage. It runs Android, so that’s like, awesome. GM will also be bringing the Google Play Store to the platform, so that means Google Maps and voice control will make it’s way into the mix.

Some of the Widgets in the Hummer EV: 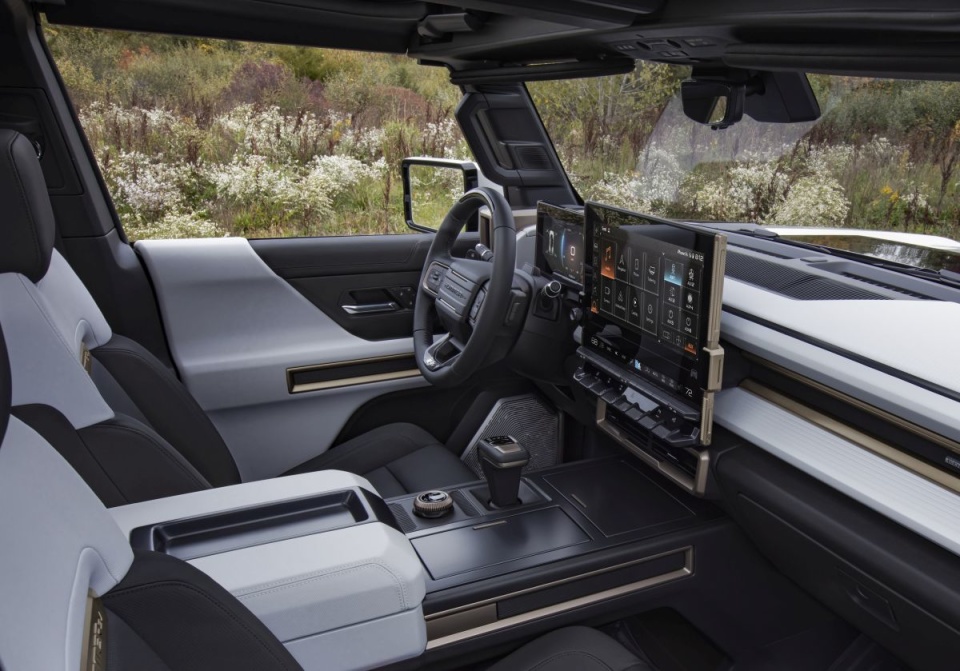