To cap finish up the Battery Day event, Elon Musk, Tesla’s CEO, showed a video of the long-awaited Plaid version of a the Model S sedan. Last year, Tesla showed video of a car equipped with three motors doing a lap on Laguna Seca in 1 minute and 36 seconds. According to Elon Musk, on Sunday it was able to get that same lap done in 1 min and 30 seconds, 6 seconds faster. Elon musk said the time could be lowered by another three seconds, which would break the record for fastest production vehicle of any type.

The only thing beyond Ludicrous is Plaid

This suped-up version of the Model S will be available for purchase next year. Tesla is promising sub-two-second 0-60 MPH time, 1,100 horsepower, and a 200MPH top speed. Range is equally as awesome at 520 on a single charge. Customers are able to pre-order their new top-end Model S right away Tesla website. The starting price for this vehicle is $139,000 before the ZEV credit, so its easily $50,000 more than the Performance trim Model S that has ‘Ludicrous’ mode. 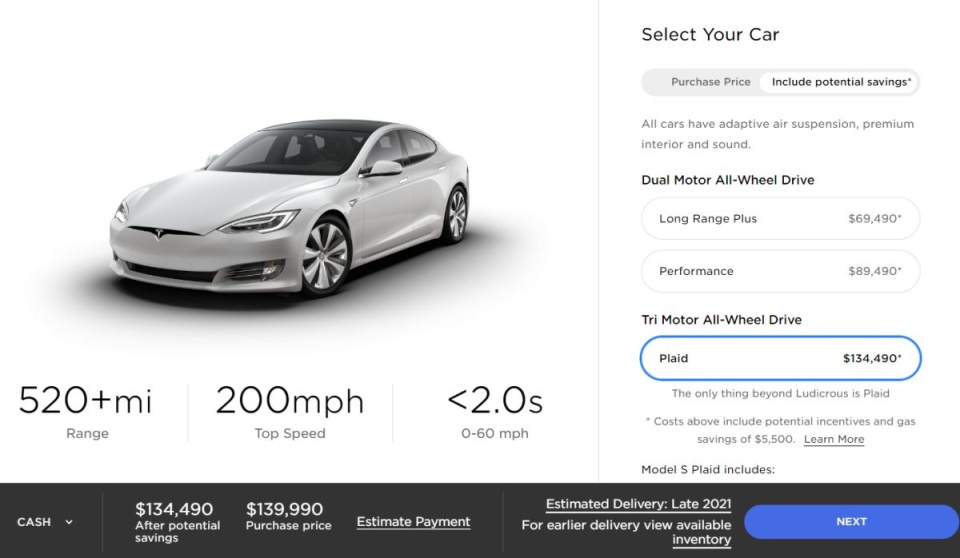