In September, during battery day, Elon Musk promised to reduce lithium-ion battery prices to half of what they currently are. Also, he claimed some of the savings would come from reinventing the old, complicated  process of battery production.

It’s insanely complicated, like digging a ditch, filling it in and digging the ditch again. So we looked at the entire value chain and said how can we make this as simple as possible?

The simplest solution seems to be through the patents of a small company out of Canada.

According to public records, the cost of the patents were only $3. One of those applications explains an innovative process that is similar to the one that Tesla’s senior vice-president of engineering described at Tesla’s factory in Fremont during Battery Day. Buying the patent means that when the patent itself was granted, it was issued to Tesla.

The manufacturing of cathodes for electric vehicle batteries usually generates vast quantities of contaminated water. Up to 4,000 gallons of water end up with ammonia, metal particles and toxic chemicals in it for every 2000 lbs of cathode material produced.

We can also use that same process to directly consume the metal powder coming out of recycled electric vehicles and grid storage batteries.

Now, it seems as though Tesla may have bought more than just Springpower’s IP (Intellectual Property). About a week before Battery Day, Springpower International’s website was replaced by a holding page. Since then, several Springpower researchers have altered their LinkedIn profiles to indicate that they are now Tesla employees . 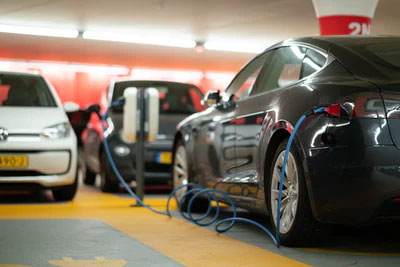