Astronomers have stumbled upon an ultra-rare black hole. Black holes are usually classified into one of two categories. You’ve got the ones that are several times the mass of our sun, called ‘stellar black holes’, and then you’ve got the super-massive variety. Super-massive black holes can be several billion times the mass of the sun and lie at the center of almost every galaxy. For the first time, however, skywatchers have found an ultra-rare black hole whose mass sits somewhere in the middle of that range.

On Wednesday, A multinational team of astronomers announced that they have, for the first time ever, observed gravitational waves that were caused by the by birth an IMBH (Intermediate-Mass Black Hole). The team used the LSC (Laser Interferometry Gravitational-Wave Observatory Scientific Collaboration) to make the historic observation. They spotted a black hole weighing in at 142 times the mass of the sun. In true human fashion, they named what they found. The ultra-rare black hole is officially named, ‘GW190521.’ Catchy, I know.

The ultra-rare black hole was apparently a very faint signal that was captured. It showed up as just 4 squiggly lines that only provided an output for about 1/10th of a second. Dr. Karam Jani, a research assistant professor at Vanderbilt University told Engadget, ‘We were able to confirm that this came from a collision of two black holes. Both of those are extremely massive; something that we know that stars cannot make.’

This ultra-rare black hole formed as the result of the collision of two smaller ones. The two that made up the merger were 65 and 85 the mass of our sun, respectively. The thing is, neither of them was within the weight range for a stellar size black hole. They were both already far beyond that. The collision occurred about 6 billion years ago in a portion of space that is 5 gigaparsecs from the Earth. When the two collided, the merger released ‘eight solar masses of energy’ in the form of gravitational waves.

Engadget reported that Jani wondered, ‘We just don’t know.. like it is a gap in nature, Does it have a certain preference of making only a few black holes in these different masses?’

Astronomers have found 305 additional potential IMBH candidates after analyzing the data from over a million images taken by the Sloan Digital Sky Survey. The difference, though, is that these are candidates based on ULX (Ultraluminous X Ray) emissions in concert with globular clusters movement. In other words, none of the 305 are direct observations. Back in 2009, an ultra-rare black hole candidate was detected near the edge of Galaxy ESO 243-49, about 290 million light-years from here.

You may also be interested in this: NASA is Preparing For A Return to The Moon. 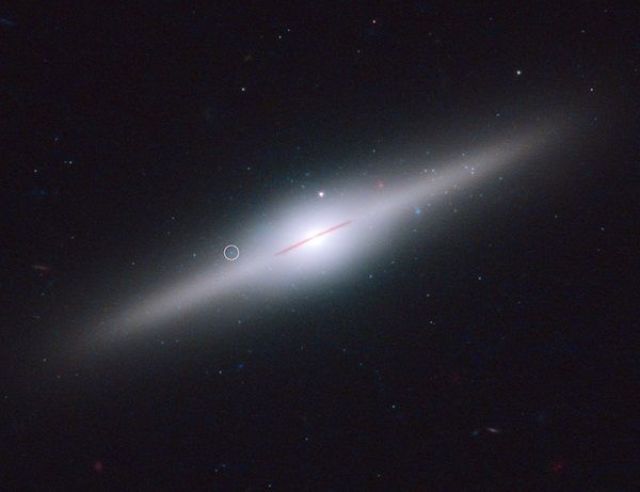