If you look hard enough in the area around Cinder Lake, Arizona, you will be able to find astronauts in full space-exploring-dress driving around on a lunar rover.

NASA is using the area as a training ground for astronauts due to its unique landscape. NASA is training astronauts here for missions that will fly humans to the moon for the first time in more than 50 years.

This week, NASA showed a video of a couple of its next space travelers who were undergoing training at Cinder Lake.

The space agency said, ‘Preparing to explore the surface of the moon goes well beyond designing and building safe spacecraft and spacesuits. NASA also has to ensure the surface vehicles and suits have the mobility required to do science, and that astronauts have the tools they need to identify and scoop up rock and soil samples.’

NASA has been spending a lot of time training its astronauts in geology in preparation for moon missions. They have been practicing scientific techniques on Earth at locations that resemble the areas that they’ll be visiting on the lunar surface.

“All this is done in an effort to establish a long-term presence on the moon and to help answer some outstanding science questions about the history of Earth and of the solar system,” NASA says.

When the astronauts get to the moon, they will be exploring the Moon’s South Pole. This part of the moon has not yet been visited by humanity, and there is evidence that the location may offer abundant resources that would be useful in helping NASA establish a permanent astronaut base on the moon. This moon base could also function as a stepping stone for manned missions to Mars.

A NASA planetary scientist, Kesley Young, said, the surrounding resources will help us ‘to do things like create drinking water, create rocket fuel to launch astronauts back to Earth by harnessing the power of the land we’ll be able to help astronauts establish that long-term sustainable presence.’

NASA has been working with several private contractors, including Blue Origin and SpaceX, to build the equipment necessary to bring the Artemis missions to fruition. 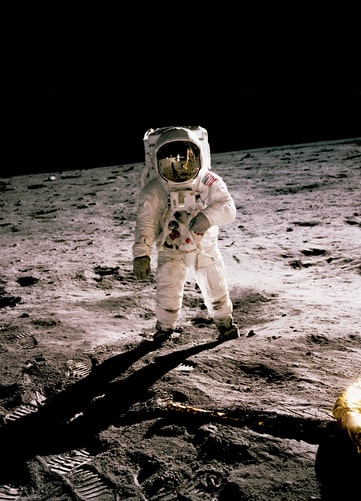