Elon Musk was unfortunately not able to get his Starship into orbit before this spring, like he had originally planned, but he did have a recent successful test firing of his new spacecraft. SpaceX is expecting to see the the new vehicle take flight soon. Elon tweeted on Thursday that SpaceX’s new SN5 build successfully completed a full-length static test fire, and he went on to say that a 150 meter test ‘hop’ will happen soon.

SpaceX’s Starhopper test spacecraft completed a 150 meter ‘bounce’ last August, and in not too long we will see Starship do the same. SpaceX has made several revisions to the design of its prototypes as the company it gets closer and closer to an actual flight. 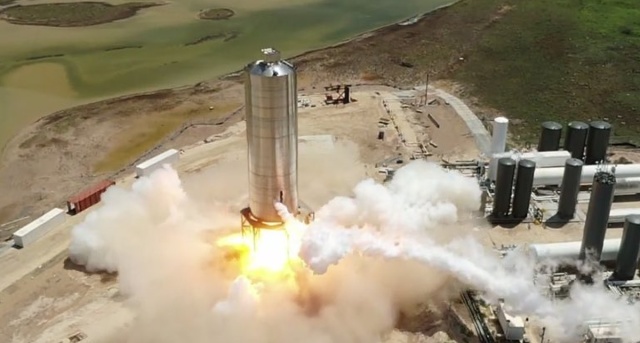