Japanese smartphone maker Sony unveiled two of its significant smartphones at MWC 2018 held at Barcelona, Spain. Both the smartphone posses a good hold over specs and features. The company didn’t take a bend towards a new infinity display instead introduced smartphones with a new design range. The two smartphone is ‘Sony Xperia XZ2’ and a smaller one named as ‘Sony Xperia XZ2 Compact.’ 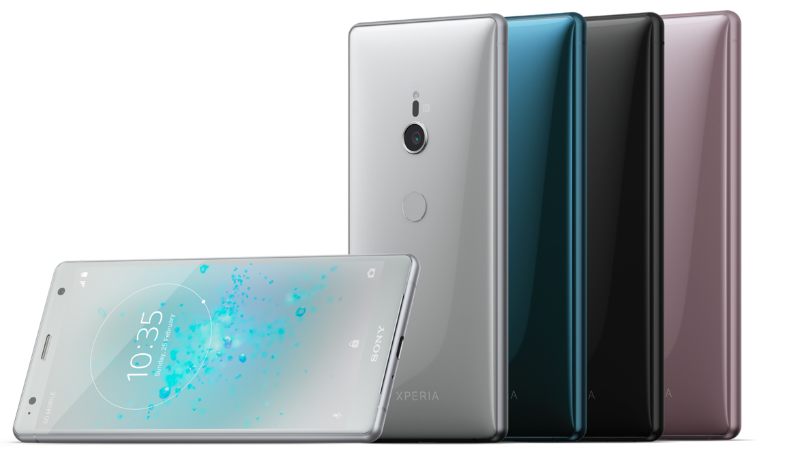 So lets first talk about the Xperia XZ2, the smartphone features a 2.5D Corning Gorilla Glass. The company is calling the new design of this smartphone as ‘Ambient Flow’ and frankly its all about symmetry and ergonomics. The phone carries a casual or standard model with a curved back panel. The company made it IP65/68 water and dust resistant.

At one place this XZ2 Model features a curved and Gorilla Glass back panel while the smaller or Compact version has a polycarbonate again with a matte finish.

When it comes to optics, Sony always remains on top of its end-less cameras. The Xperia XZ2 and XZ2 Compact have a 19MP Motion Eye 1/2.3″ Sony IMX400 sensor with an aperture of f/2.0. The camera posses a 5-axis image stabilization along with predictive hybrid laser, phase-detection, and contrast auto-focus, infrared white balance, LED flash and a dedicated hardware shutter-button.

A 3.5mm audio jack is present in both the handset and the fingerprint reader will be on the back panel. The company says that the new onboard stereo speakers will emit 20% louder sound than the previous models. Sony XZ2 comes with a Dynamic Vibration system which is not being served in the Compact variant.

Both the smartphone comes with 4GB of RAM packed with an internal storage capacity of 64GB which can later be upgraded via microSD card support. For connectivity, there are Wi-Fi, NFC, Bluetooth 5.0, GPS, GLONASS and USB Type-C 3.1.

The higher variant is packed with a battery of 3,180mAH while the compact one has a battery setup of 2,870mAh. The company didn’t tell about the pricing of the two smartphones, but some reports or we can say expected figures suggests that the smartphone will cost around 800 Euros for the XZ2 while 600 Euros for the Compact variant of Xperia XZ2.