The next generation phone from Samsung will surely be uncovered named as Galaxy Note 9 during a press conference in new york city on August 9. According to the surveys, the reveal in early August will be more than good when it will be compared to Samsung’s Galaxy Note series phone unveilings in previous years, and the Note 9 is expected to be released much earlier than its predecessors as well. 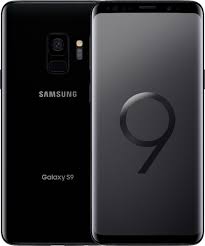 Samsung’s motivation in pushing up the schedule was an effort to give the phone more time on store shelves before Apple’s upcoming new iPhone lineup is announced in early September this was suggested by some reports. Other arguments are also in their debate about that is Samsung is adjusting its release schedule for Galaxy Note and Galaxy S smartphones like the Galaxy S10 in order to make room for a new third flagship phone series, the foldable Galaxy X. According to the report published on Wednesday, neither of those things were accurate, instead, the Galaxy Note 9 will reportedly launch earlier than expected because sales of the Galaxy S9 and Galaxy S9+ have been so bad that Samsung’s mobile division needs a boost as soon as possible. Why Samsung was forced to accelerate was all their in the news reports and its roll-out for the new Galaxy Note 9 flagship phone. According to another report from the Taiwan-based source in Samsung’s supply chain, so here the report claims that  the Galaxy Note 9 will launch early in order to “rekindle its smartphone momentum as sales of its latest flagship models Galaxy S9 and S9+ have been lower than expected.”
The new Galaxy S9 and S9+ are exactly the same as the last year’s model of S8 and S8+, but yes they are the worlds best smartphone right now, Both the S8 and S9 series are same and do not offer much instead of more power, faster speeds, and a better camera, all wrapped in the same housing as last year’s Galaxy S flagship. Therefore now the smartphone shoppers have been reluctant to upgrade and signs of poor consumer response have been present since the phones were first released. In fact, both the Galaxy S9 and the S9+ received unprecedented price cuts at three major carriers within one month of their release.
Category: Smartphones Submitted by: Jack Thomas
Tags:best selling, Galaxy, Samsung S9