The Samsung Galaxy Note 9 is many things and innovative is one of them. While many have complained over the years of there not being enough innovation with every Samsung flagship phone the Note 9 stands apart as Samsung’s most innovative phone yet.

Cream of the Crop

The Samsung Galaxy Note8 was an amazing phone and while still influenced by it, the Note 9 draws its own line in the sand. Look wise, the Note 9 is very similar to the Note 8, the only major difference being the placement of the fingerprint scanner being beneath the camera lens as opposed to being beside it. Speaking of the camera, it inspires from the S9 and gives the user the ability to change the aperture to improve low light picture quality.

In terms of Hardware, the build quality is as solid as always and the newest upgrade to the Note 9 is the S Pen. The S pen now acts as a remote control powered by Bluetooth and is fully customizable in the sense that you can program the pen to do a multitude of things. For example, holding down the button will open the camera, a double press will switch to the front camera, and a single press will take the picture. It may not seem like a big deal but it is a very welcome addition.

Along with external upgrades, internal upgrades are also there with specs like 128GB of storage with 6GB of RAM. However, those specs are for the baseline version as the other version bumps it even further with 512GB of storage with 8GB of RAM. Furthermore, the battery has increased to a massive 4,000 mAh and a water-carbon cooling system, making it a good gaming phone as well.

The Note 9 is Samsung’s best phone to date. With specs only seen in people’s dreams to a build quality that has no become a staple of the brand itself, this is the most complete Smartphone. 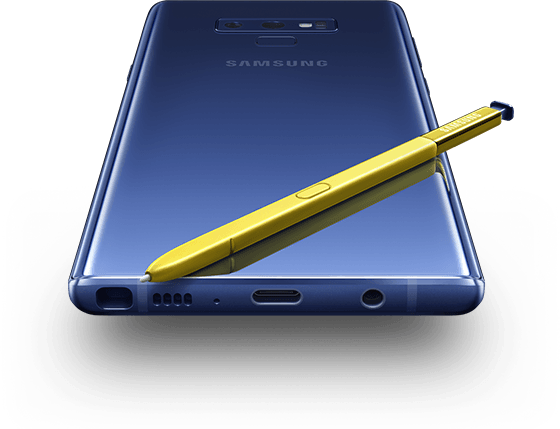