Thanks to the virus, video calling has become more common-place than it ever was. So, to help your calls sound and look better, nVidia has announced an AI-powered suite of video tools that will let call app developers tap into the magic of AI.

nVidia Maxine, as its called, powers features like background noise removal and resolution upscaling. The software can adjust your a camera’s focus to place you in the center. It can also reorientate your face and add backgrounds. Also, you can make an AI avatar replace your face on calls. Maxine offers real-time closed captioning and translation via NVIDIA Jarvis.

The video compression by nVidia can reduce the bandwidth required for a video call by 90 as compared to the current H.264 compression standard. So that means video calls could use far less of your data plan in the future.

nVidia Maxine the company’s ‘Tensor Core’ GPU acceleration and runs in the cloud. So, that means you won’t need one of NVIDIA’s latest (and most expensive) graphics cards to be able to harness the power of AI in your next video calling application.

Zoom, Microsoft Teams, Skype, and Google Meet are already using some of these features. Tapping into the nVidia Maxine platform , however, would help them improve those features. 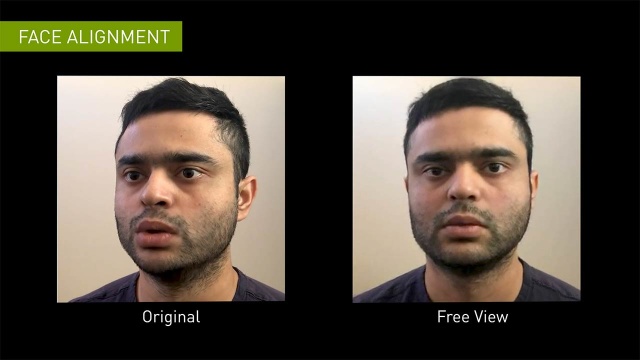