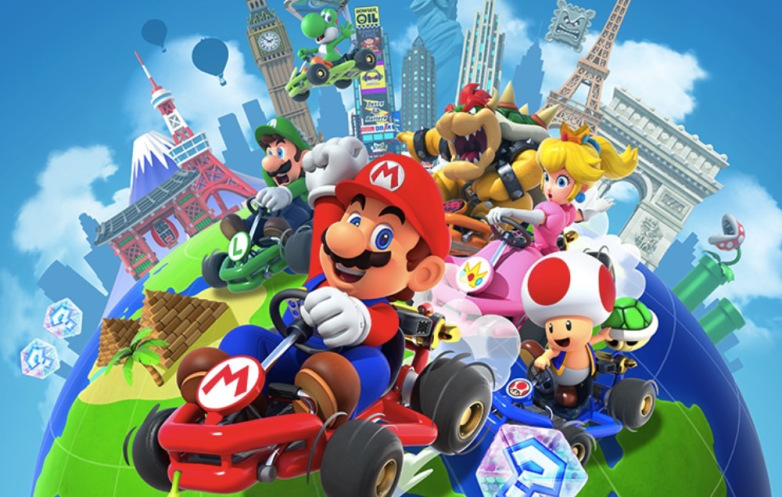 Here is a big news for Mario kart Tour lover as Nintendo released its Smartphone version. In February 2018, Nintendo has announced that Mario Kart is under development phase and it was expected to be released early this year. Now it is out and you can install it immediately whether you are an iPhone user or Android user. It is just a click away. It is the upgraded version of super Mario which was favorite game of 90s kids

This game is available for the Android user as well as on Apple devices such as iPhones, iPads.

Like Nintendo’s other games, Mario Kart is free to start. But it isn’t clear whether Nintendo will charge the buyer money afterward or not. As Super Mario Run was released with a free trial and some limited tracks and characters. Later after the trial, people bought Super Mario Run for about $10.Although there is in-game currency named as rubies that are used in games for buying your favorite characters it isn’t made clear about any purchase by Nintendo.

Mario Kart Tour is Nintendo’s third mobile game that is released and is available for installing on your device from Play Store. Super Mario and Dr. Mario World are other Nintendo’s games available for free downloading from play store.

Another feature that is present in Mario Kart Tour is that the game will be played in the different regions of the word. There will a new global tour after every two weeks. This is an interesting feature that appeals to the players of the game. The characters will get costumes according to the region and the culture of the specific areas.

It allows you to use the unlimited item for specific period whenever you pick up three same items.

There are different challenges other than racing with karts. It is an interesting feature if you become bored with racing you can also do other challenges.

How to play Mario Kart:

Gamers are very excited for Mario Kart Tour as this game will be different from other releases of Mario series. As go-kart always attracts the gamers

Officially Nintendo has not released any manual about how to play the Mario Kart Tour game. After downloading the game players immediately get a character. Additionally, a tutorial is also present which users can play to get a better insight into the game. Mario Kart Tour has a slightly different console than other Nintendo’s releases.

Precisely there will be always a moving cart. So the character will be moving forward automatically. You can move left and right using your fingers on the screen. Some of the items are activated as soon as you get them while others can be used by touching them on screen. You don’t have to accelerate or break during the game.

In Mario Kart Tour you have to choose a character, kart, and a glider. It is a multi-player game so seven other players are chosen from all across the world.

Mario Kart Tour is the first game by Nintendo that will use real-world location. The new game is available for the people. Mario Kart tour is not less than perfection.

Nintendo has been doing efforts for many years in gaming but releasing their games for IOS and Android user is a new initiative. This company has never disappointed us. We are expecting a whole fun package as Mario Kart Tour.

If you have any queries regarding the newly released game, you may ask in the comment section below. We will answer you as soon as we receive your questions.