Tesla has announced the ultra anticipated Model S refresh and it truly does have an ‘entirely new interior.’ Inside you will find a super crazy-innovative steering wheel, an all-new power-train, and more. A lot more.

The pricing and trip packages have also seen an update.

There have been plenty of rumors, and for several years now, we have been hearing about a Model S interior refresh. Well, here it is.

While constantly innovating, Tesla has not made many design updates to its Model S and Model X platforms in a while. I mean, sure these vehicles have seen their fair share of incremental performance upgrades, but a this major overall is a bit overdue.

Check out the new Model S and it’s all-new interior:

Of course, the new model has many of the changes that were to be expected, such as its horizontal center display and smaller instrument cluster.

The instrument cluster may be a little smaller, but so is the steering wheel. So, that means there is less to obstruct your view of the smaller display.

Tesla referrers to the new Model S steering system as a ‘yoke’.

Take a look at the new car model steering yoke:

This new yoke steering system in the new model resembles the one that Tesla unveiled on its new Roadster in 2017.

With 2200×1300 resolution, ultra-bright colors with exceptional responsiveness and left-right tilt, the new center display is an ideal touchscreen for entertainment and gaming anywhere. A second display in front of the driver shows critical driving information, and a third display provides entertainment and controls for rear passengers.

Take a look at new model interior and displays: 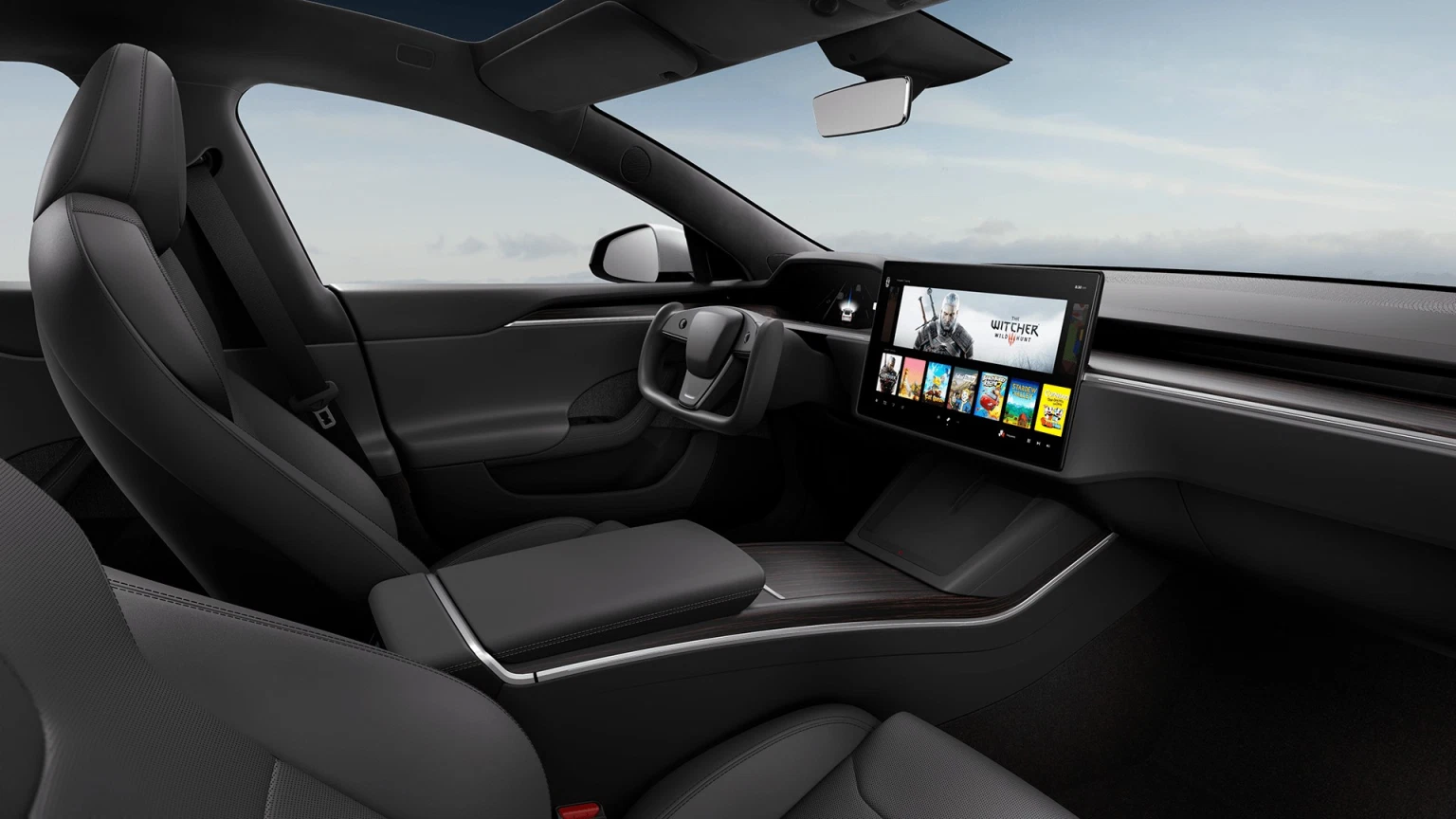