So, apparently drone shows are a thing, now. Genesis, a subsidiary of Hyundai, celebrated its entry into the Chinese market by breaking the Guinness World Record for the most Unmanned Aerial Vehicles in the air sky at once.

The stunt was pulled off using 3,281 drones that were flown in formation to display the Genesis logo above Shanghai on March 29th.

This is quite a jump over the previous record holder, Shenzhen Damoda Intelligent Control Technology. Last year, the company flew 3,051 drones at once. That, at the time, beat the previous record of 2,200-drones that was set in Russia a few days before.

Before that, Intel had laid claim to the record, flying 2,066 drones over Folsom, California in 2018. But like in every other area, Intel is no longer anywhere near number 1.

Performances such as these usually require the use of choreography software. This software is able to send drones the required instructions to create formations. It also enables the coordinated swarm to avoid collisions.

This record, of course, won’t last for long. Drones are becoming more and more popular and prices for the components to make them are becoming cheaper. This stunt really demonstrates how much drones have advanced in a few short years. 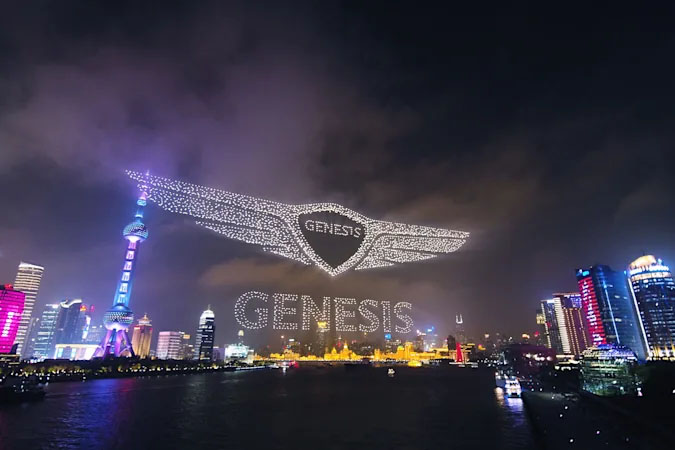