NASA’s Titan drone has been delayed. If you were one of the people waiting for NASA to send a drone to Saturn’s moon you’ll have to wait longer. Dragonfly’s launch has been postponed by about a year. It’s been pushed off from 2026 to 2027. This is due to ‘external’ factors. The ongoing coronavirus pandemic is part of the problem. It’s been a problem for a lot of things. COVID-19 has had a negative impact on the Planetary Science Division budget. This is no different from the rest of the world.

Before the first delay, NASA had originally planned to launch Dragonfly in 2025.

Because of the long mission duration, it will take a long time to learn more about Titan. NASA’s Titan drone, Dragonfly, will, however, shed much more light on the still-mysterious moon if everything goes as planned.

This is The New Normal

It is unfortunate that NASA’s Titan drone is being delayed. It not unusual though. The COVID-19 pandemic has delayed lots of things lately. Daily infections are much higher than they were when all of this started in March. Many businesses and organizations around the world are seeing delays that they never expected. This is a problem for everyone. Phones are not launching on schedule. Rockets are not launched on time. Your favorite products aren’t in stock. Some companies are going out of business entirely because of the issues that have been caused by this virus. Covid-19 has been completely wrecking the supply chain. Things will eventually return to normal, though. The big question on everyone’s mind, however, is when that will take place. Really. When is everything going to go back to normal? 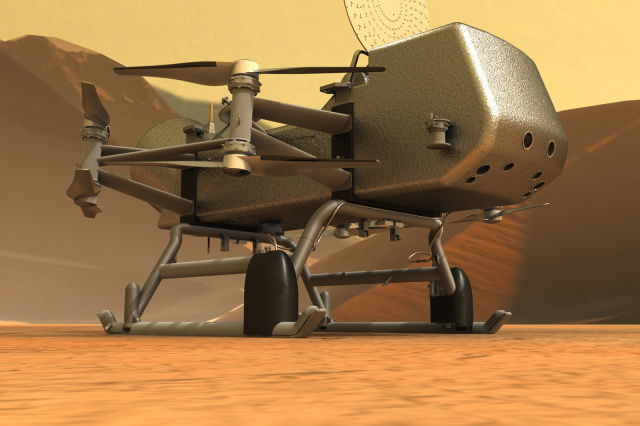