The United States-based smartphone manufacturing Motorola is one of the most anticipated company since the beginning of this year. The company has announced plenty of smartphones this year including four Moto G-branded phones, two One-series models, two Moto E Offerings and one Moto Z device. 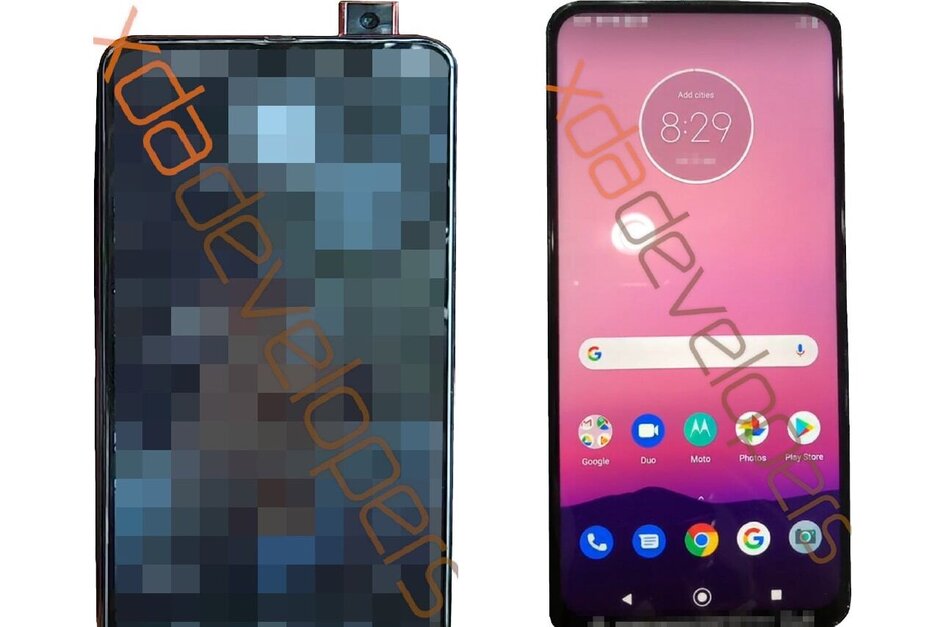 Images obtained by XDA Developers shows a detailed look of the mysterious Motorola smartphone. The name and specs of the phone are still unknown and we might update it on our site soon. The Image of the phones shows two images, one with the camera popping out of the phone while another image reflects the display of the phone a Moto app on the home screen.

The pop-up camera module is on the right-hand side which actually seems a copy of the OnePlus 7 Pro. This mysterious phone by Motorola could be next competitor of OnePlus 7 Pro, Samsung Galaxy S10, Redmi K20 Pro and other same segment smartphones.

As of now, the phone is expected to come with a 5G connectivity and an OLED display obtained by Samsung. The device may attempt to move ahead of the budget Apple phones expected to launch on September 10.

The images also show fewer bezels with thick edges and a small in-ear speaker along the upper edge of the frame. It also carries a power button on the right-hand side. At this point in time, the hardware and software configuration of the smartphone is not clear but surely the company will tease the phone.