Compared to its predecessor, the new Razr is a big upgrade. 5G-support was not the only thing that Motorolla added to the updated handset. Motorola confirmed that its revised foldable phone will be available for purchase on October 2nd. When that time comes, you’ll be able to buy one from either B&H Photo & Video, Best Buy, Amazon, and Motorola’s own site. The price of the device is a steep $1,200, but hey, that’s $200 cheaper than the phone the (new) new Razr is replacing. You can also get the device through GSM carriers like T-Mobile and AT&T.

That discount, though, is temporary. It serves to makes the new Razr more approachable to those that may be on the fence about embracing foldable phones this early in the game. The Snapdragon 710 used in the first Razr has been replaced by the much more capable Snapdragon 765G. The device has 8GB of RAM and 256GB of NAND flash storage. That is literally twice as much storage as the original Razr. Also new in the device is a new 48-megapixel camera, more updated flexible software, and of course, sub-6 5G support.

Remember, you are paying a lot for the fact that this phone is foldable. You won’t that much of a difference in performance between this phone and one that costs around $800. Then again, that $800 can’t fold up and fit in your pocket comfortably. And besides, the new Motorola Razr is less about ‘powerful’ and more about ‘premium’. Think quality over quantity. 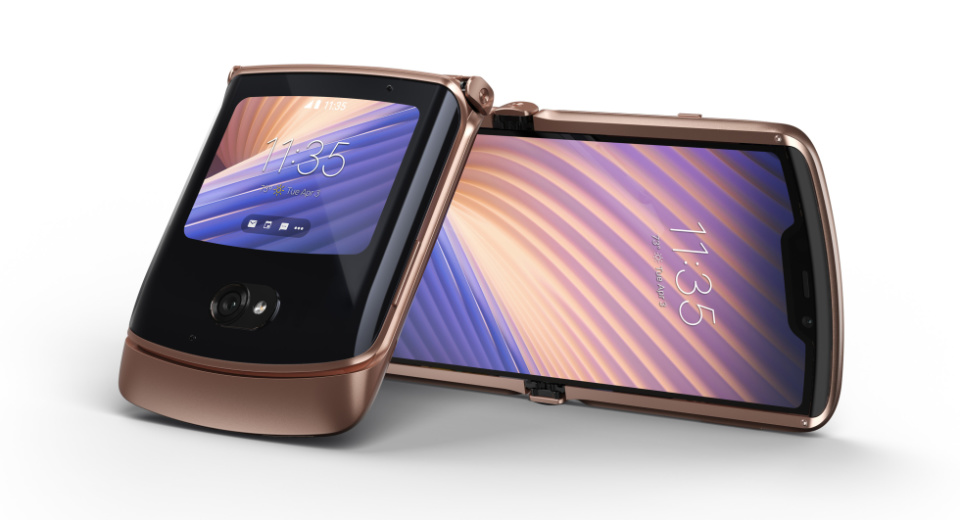