Moto Z3 will be launched on Thursday at an event in Chicago, which is the company’s headquarters. This new smartphone has debuted in June with a splash resistant build which delivers a pure Android experience. It will also continue the Moto-Z Series legacy which is about supporting Moto Mods with a dedicated pogo-pin connector which is at the back. 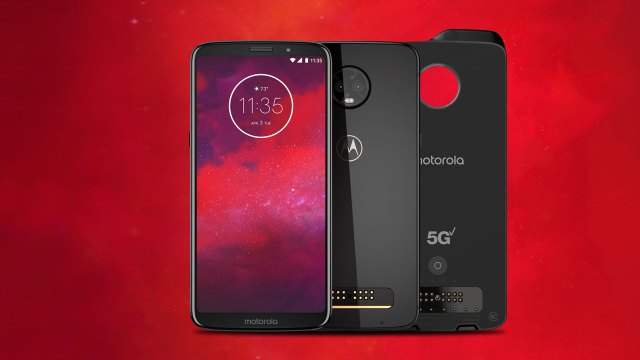 Lenovo-owned Motorola has been now partnered with Qualcomm to launch a 5G Moto Mod which will enable the next generation network which can access on the Moto Z3. The 5G Mod will be using the Snapdragon X50 modem with millimetre wave components to offer the 5G access on Verizon network. The announcing of the launch of the Moto Z3 was expected as the successor to the Moto Z2 Force with the company’s next-generation flagship. It is now confirmed that there will be no more Moto Z series model for this year.

In a statement, it is confirmed by the company that they will not be launching any more Moto Zs this year. The Force model has now typically been upgraded to an upper version of the regular Z model with a shatterproof display. Moto Z3 with an upgraded Force model has been welcomed to the smartphone market.

Moto Z3 has got One Button Nav which will offer an iPhone X like experience. The navigation button which is very inspired by the navigation experience which comes to the Android P which

allows the users to swipe left to go back, swipe right to access recent apps and at the tap to go home. The handset will also have a side facing fingerprint sensor which is embedded on the right side. It will bear a water repellent P2i coating which is there to protect it from spills and splashes on top of the 6000 series with a polished aluminium frame. The smartphone will also have the Moto Actions to let the users access the camera as well as flash with the help of gestures. Moto Display also has a feature to see the notifications at a glance.

The operating system of the phone is Android P. The screen size of the phone will be 6-inch Full HD+ AMOLED display with an aspect ratio of about 18:9. It will be powered by the Qualcomm Snapdragon 835 SoC which is coupled with 4GB RAM.