Lenovo-backed Motorola smartphone manufacturer is reportedly planning on introducing its next-generation Moto G6 lineup sometime next week. Rumors about the upcoming device are already emerging online. The list includes three smartphones, i.e., Moto G6, Moto G6 Plus as well as Moto G6 Play. The company will reportedly take the wraps off the lineup at an event in Brazil on April 19. Ahead of their official launch, all the three smartphones have been subject to numerous leaks. Most of these speculations are floating around on the internet for quite some time now. However, the latest one goes on to claim information about the essential features in the upcoming handset. It appears that the smartphones will be arriving in five different color variants, including Black, Gold, Indigo, Rose Gold and Silver colors. 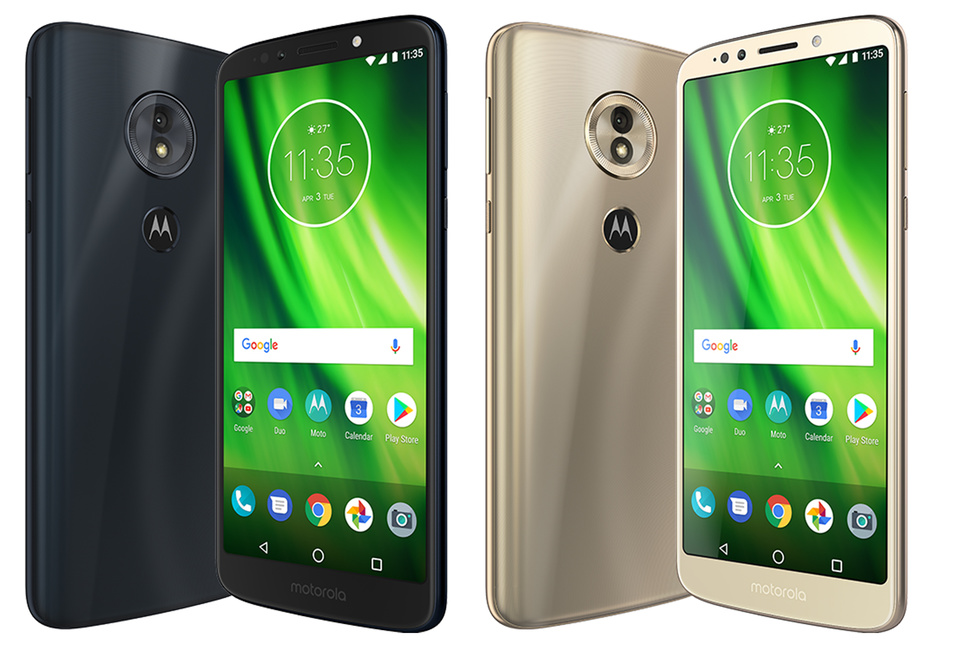 The leaked images even went on to confirm the designs that had already been seen before. “As per the images posted by an Instagram user, and spotted by Slash Leaks, the Moto G6 Play appears to have a glass build similar to the Moto X4,” a report by NDTV Gadgets 360 reads. The upcoming Moto G6 Play further goes on to sport a 5.7-inch display with an aspect ratio that reads 18:9. Apart from this, the smartphone will end up incorporating an octa-core processor, clocked at 1.4GHz. The device will reportedly be home to the Qualcomm Snapdragon 430 system-on-chip or Snapdragon 427 chipset. On the storage front, the smartphone might end up supporting 3GB of RAM. The device will probably pack 4,000mAh battery for the Moto G6 Play smartphone, as is mentioned in the list. The smartphone will come with support for the company’s proprietary Turbo Power fast chargers.

On the camera specifications front, the upcoming Moto G6 Play smartphone will go on to sport a 13-megapixel camera on the rear panel. An 8-megapixel camera will further accompany the back panel on the front panel. By the leaked image, the rear elements appear to have been packed into a large and circular module.

Additionally, both the rear as well as the front cameras seem to come with support for LED flash. “Also present in the smartphone, will be a fingerprint scanner positioned within the company’s logo at the back,” a report by NDTV Gadgets 360 reads. The upcoming Moto G6, on the other hand, further goes on to sport a 5.7-inch display with an aspect ratio that reads 18:9. Apart from this, the smartphone will end up incorporating an octa-core processor, clocked at 1.4GHz. The device will reportedly be home to the Qualcomm Snapdragon 430 system-on-chip or Snapdragon 427 chipset. Storage wise, the smartphone will feature similar specifications, i.e., 4GB of RAM.

As can be recalled, an earlier video leak had gone on to suggest that the Moto G6 Play smartphone will go on to sport an HD+ Max Vision display with support for 720 x 1,440 pixels resolution. The smartphone will reportedly be home to the Qualcomm Snapdragon 427 system-on-chip. It will further be paired up with an Adreno 308 GPU. At the same time, specifications, design, and features of the other two handsets in the lineup, i.e., Moto G6 and Moto G6 Plus have not been made available as of yet. Meanwhile, tipster Ishan Agarwal has gone to share renders of the upcoming Moto G6, Moto G6 Plus, as well as the Moto G6, Play smartphone. The renders have confirmed the design that has been seen previously. However, since the company has not provided any confirmation about the leaks, there is no way of knowing that the smartphone will arrive with the same specifications as the leaked ones.