Xiaomi has already announced the three flagship phones for this year in May. The Mi 8 SE is said to be a lite version which will be a powerhouse variant that will be changed to name as Mi 8 Explorer. Vanilla Mi 8 has already been launched, but the last device has not yet released by the company.  The recent leak reports show that the XiaomiMi 8 Explorer will be launched on 30th July 2018 in China. 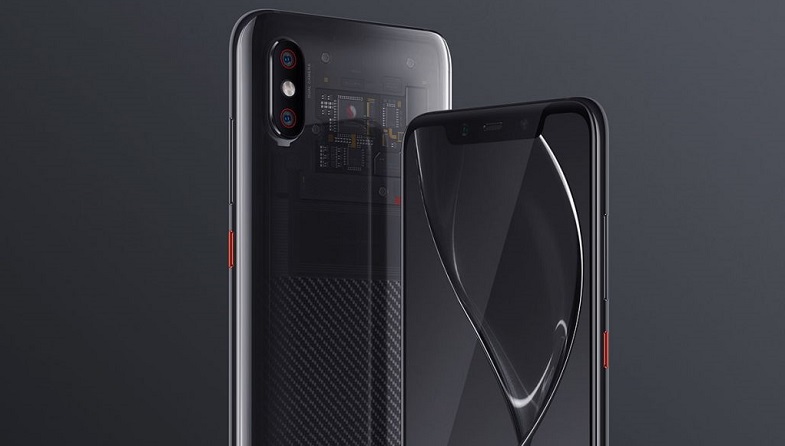 This Mi 8 Explorer Edition will be going for the sale for the very first time in China on Monday, 30th July 2018, starting at 7:30 PM on Xiaomi Mall in China. In the future, this smartphone will be sold with the help of the Chinese e-commerce platforms. This will be Xiaomi’s 8th Anniversary event which will get the price tag of 3,699 yuan.

This new Mi 8 Explor3er Edition will be like the standard Mi 8 in many ways which will have a few unique features that justify the high price tag. This is said to be the most noticeable difference which is in between the two smartphones in the presence of the transparent back panel.

This XiaomiMi 8 Explorer Edition will come with a 6.21 inch Super AMOLED Full-screen display which will have a 1080 x 2248 Full HD+ resolution. It will also have the Corning Gorilla Glass 5 protection, DCI-P3 colour space coverage which will come with a notch at the top. The Mi 8 Explorer Edition is said to be Xiaomi’s first smartphone which will begin with an under display fingerprint sensor. The new smartphone by the Xiaomi will be powered by a Qualcomm Snapdragon 845 octa-core 10nm processor which is clocked at up to 2.8 GHz with an Adreno 630 GPU. The regular Mi 8 along with Mi 8 Explorer Edition will be available in a single memory configuration which will have 8GB RAM+128GB storage. There will be no microSD card slot on the smartphone.

The smartphone will have a 12MP+12MP dual camera feature which will have a 2x optical zoom with dual pixel PDAF. AI-powered elements will power the dual camera. The front camera will have a 20 MP sensor that can record Full HD resolution videos at 30 fps. It will have an under-display fingerprint sensor along with 3D facial recognition. It has got other features like Bluetooth, GPS with A-GPS, Galileo, GLONASS, and USB Type-C with 4G VoLTE. It will have a 3000mAh non-removable battery with Qualcomm Quick Charge 4.0+ support.

Till now the company has not decided to launch this phone outside China, but if it does, then the price tag of the phone in India might be around Rs 40,000.